After several media reports set the internet community alight over the weekend, BBS has now released a statement confirming that it was “forced to file for insolvency” in Germany last week.

The company says in the statement that this was a necessary step to prevent an imminent insolvency within the coming months, due to several missed confirmed payments. The fall in demand due to the coronavirus pandemic, in addition to the reduced production capability due to lockdowns, further aggravated the issue.

However, filing for bankruptcy does not mean that BBS Wheels will cease to exist immediately. Similar to an administration insolvency mechanism in most countries, or Chapter 11 in the United States, filing for bankruptcy essentially gives BBS some breathing space while it reorganises its business and possibly look for a new owner.

The company reassures that its production facilities are still running in full speed, with uninterrupted supply to all of its original equipment and aftermarket customers. The company currently employs roughly 1,200 people worldwide, and recently began supplying single lug nut wheels to NASCAR.

BBS also said in the statement that it has already initiated an extensive turnaround strategy for the company prior to the filing of insolvency, with a focus on aftermarket wheels, which will be continued under the guidance of the insolvency administrator.

This is the third time in 15 years that the renowned wheelmaker has filed for insolvency – first in 2007 when it was bought by Punch International, the company that makes the infamous Punch CVT gearbox in Protons. BBS filed for insolvency again in 2011, where it was eventually bought by South Korean company NICE corporation.

“Times of change lie ahead but together we will release the energy and strength which will be needed to preserve the legendary BBS brand and secure its future,” the company added in the statement. 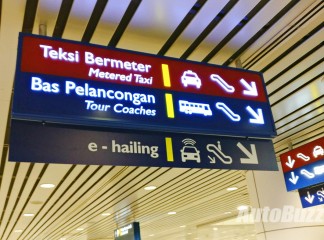