Twenty months after his last race in a Formula 1 car, it has now been confirmed that two-time F1 world champion Fernando Alonso will make a sensational return to the sport in 2021 with Renault DP World Formula 1 Team.

Fernando Alonso will be racing alongside Esteban Ocon with the French team, replacing star driver Daniel Ricciardo, who will be leaving Renault at the end of this season to join McLaren.

The announcement makes Fernando Alonso the first driver in history to have three separate stints with a single team – having raced under the Renault banner from 2003-2006 where he won two world championship titles, 2008-2009, and now from 2021 onwards.

Commenting on his return to Renault, Alonso said in a statement: “It’s a great source of pride and with an immense emotion I’m returning to the team that gave me my chance at the start of my career and which now gives me the opportunity to return to the highest level.

“I have principles and ambitions in line with the team’s project. Their progress this winter gives credibility to the objectives for the 2022 season and I will share all my racing experience with everyone from the engineers to the mechanics and my team-mates.

“The team wants and has the means to get back on the podium, as do I,” he added.

With the signing of Fernando Alonso, Renault said in a statement that they intend to “build a team around two complementary drivers, combining experience and youth, and pooling their values and talent” in their efforts to return to the top of the sport.

Renault Sport Racing Managing Director, Cyril Abiteboul said, “The signing of Fernando Alonso is part of Groupe Renault’s plan to continue its commitment to F1 and to return to the top of the field. His presence in our team is a formidable asset on the sporting level but also for the brand to which he is very attached.

“The strength of the bond between him, the team and the fans make him a natural choice. In addition to past successes, it is a bold mutual choice as well as a project for the future. His experience and determination will enable us to get the best out of each other to take the team towards the excellence that modern Formula 1 demands.

“Alongside Esteban, his mission will be to help Renault DP World F1 Team prepare for the 2022 season in the best possible conditions.”

Renault did not reveal the length of the contract, but it is believed to run for two years, with options to continue further beyond that.

Widely regarded as one of the greatest racing drivers in the history of the sport, Alonso will bring with him a wealth of experience from his 314 Grand Prix starts, 32 wins and 97 podiums. Beyond Formula 1, the Spaniard is also a two-time Le Mans 24 hours winner, and a World Endurance Championship winner.

Fernando Alonso has also raced in the Indy 500 in his attempt to achieve the motorsports triple crown (in addition to Monaco Grand Prix and Le Mans victory), as well as the Dakar rally, where he finished a respectable 13th overall. 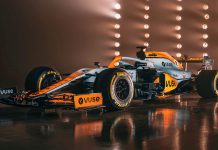