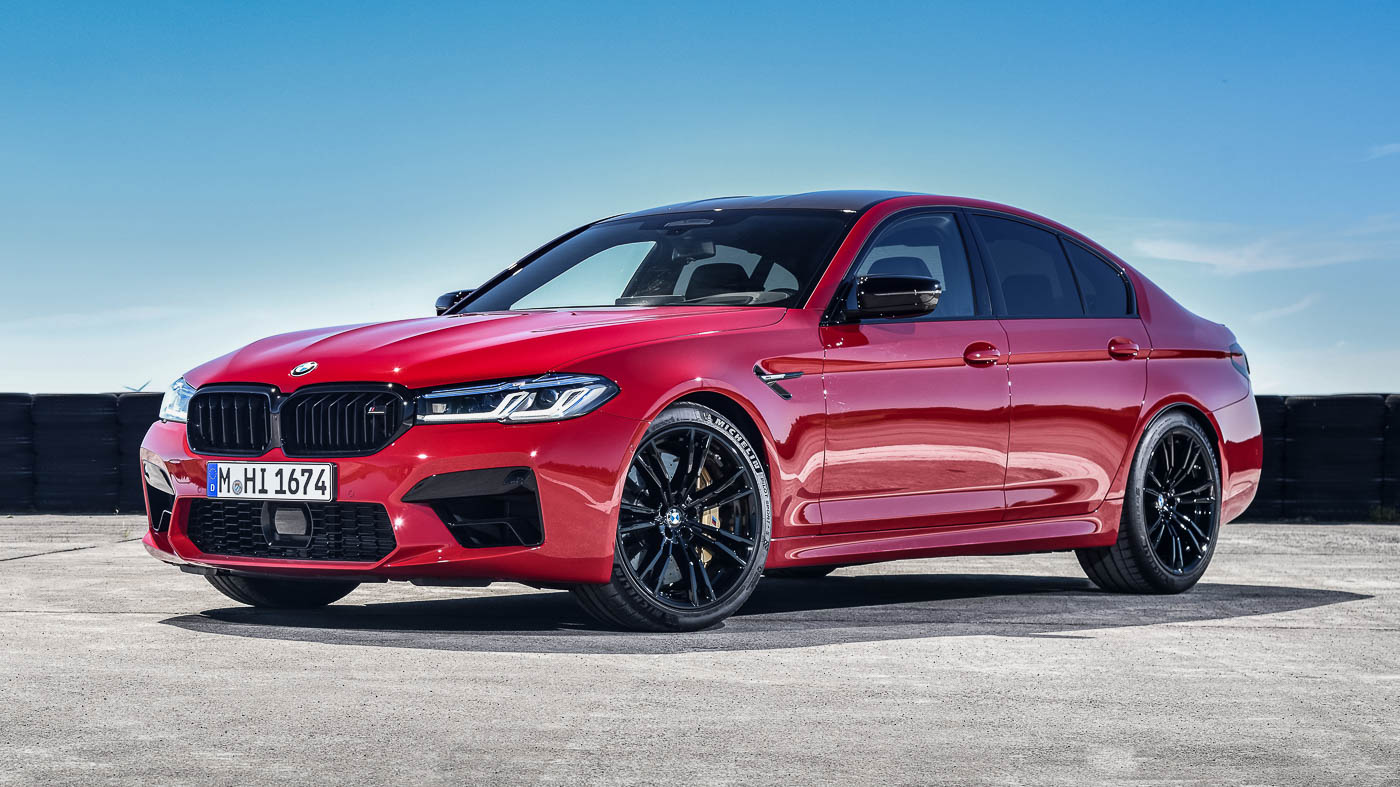 If you’re expecting more power, you’d be disappointed as the 4.4-litre twin-turbo V8, that’s paired to an 8-speed automatic from before, still makes 600 hp and 750 Nm of torque.

On the outside, the centre opening on the front bumper now features a hexagonal design while the more prominent differences are the redesigned headlamps as seen on the facelift 5 Series, and a more mesmerising 3D-look for the tail lights. Opting for the optional “BMW Individual Lights Shadowline” will literally add shadow lines on the headlamp for an even more pronounced look.

The M5 retains the adaptive dampers from before but the Competition gets a slightly better treatment in that department with dampers from the 8 Series Gran Coupe, stiffer engine mounts and 20 mm lowered ride height. Meanwhile, there’s also an optional 20-inch M double-spoke items in polished Orbit Grey as seen in the BMW M8.

The M Compound brakes are retained but if you need additional stopping power, the optional M Carbon Ceramic brakes with gold calipers will not only do that but reduce weight by 23 kg.

Inside the cabin, the larger 12.3-inch central touchscreen display would immediately rob your attention. Adopted from the BMW M8 is a more straightforward way of selecting various driving modes via two buttons on the centre console.

At the press of the “M Mode” button, the driver can choose between Road or Sport settings. In the BMW M5 Competition, holding the M Mode button would engage its “Track Mode”. Selecting “Setup” allows the driver to individually select powertrain and chassis options.

If you feel like splashing a little more cash on the cabin, there are optional M multifunction seats with head restraints and an illuminated M5 logo. It also comes with thicker side bolsters and backrest to offer better lateral support and better support for the shoulder area.

For a better impression of what the BMW M5 is capable of, here’s our first impression video of the car, as it was driven in Sepang – twice.