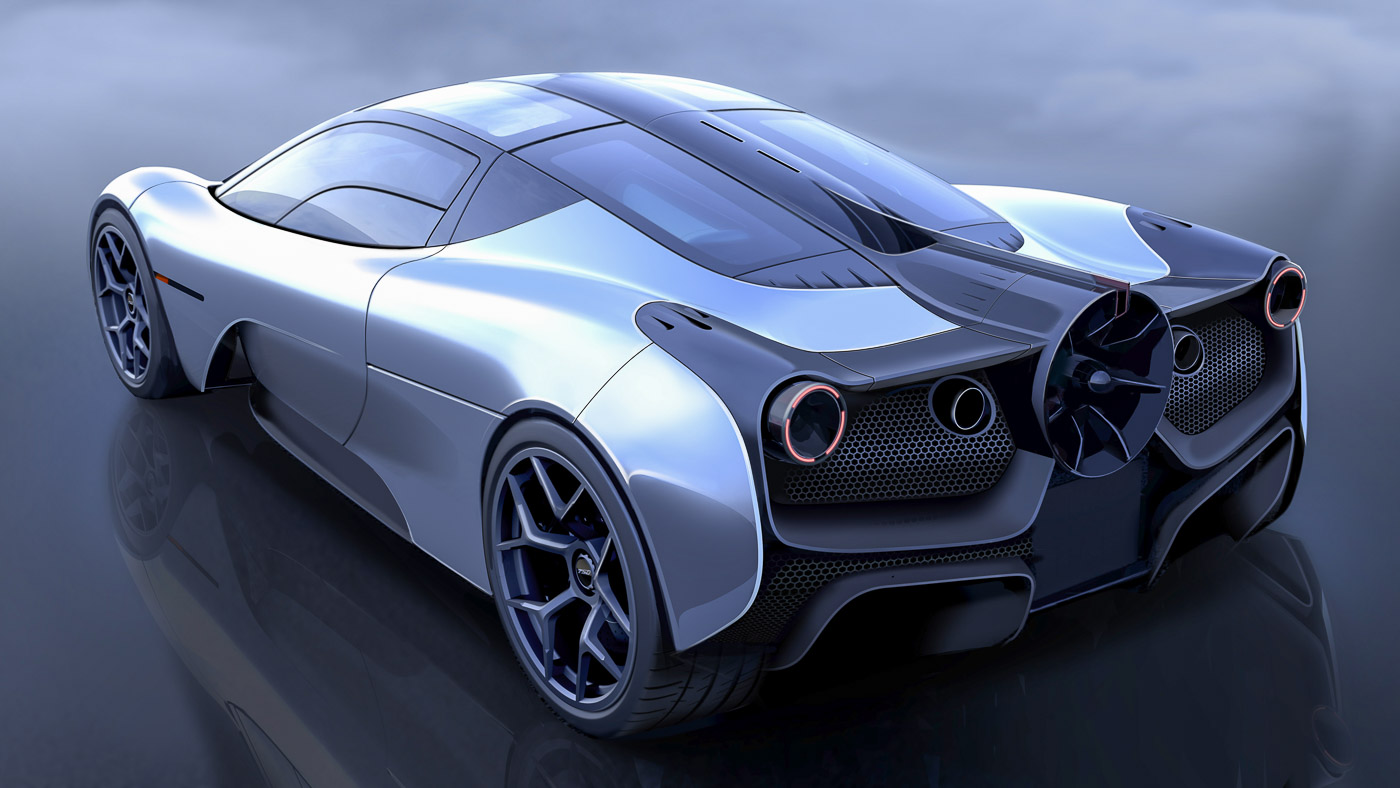 Gordon Murray, famed automotive designer best known for his work on the McLaren F1, is making a new supercar. Hailed as the spiritual successor to the legendary F1, the new Gordon Murray Automotive (GMA) T.50 promises to be the purest, most driver-focused supercar ever built.

According to GMA, those words mean a mid-mounted screaming (up to 12,100 rpm!) V12 engine, proper manual gearbox, and above all else, lightness – the T.50 will weigh just 980 kg fully built.

To do that, Gordon Murray says the team had an “unflinching dedication to lightweighting” while designing the car. For instance, the 3.9-litre ‘Cosworth Gordon Murray Automotive’ engine that produces 650 hp and 450 Nm of torque, weighs less than 180 kg – more than 60 kg lighter than the BMW-sourced V12 in the F1.

The six-speed H-pattern manual gearbox, specifically sourced from XTrac, is also designed to be extra light – 10 kg lighter than the F1’s gearbox, while the supercar’s fully carbon fibre monocoque and body panels weigh less than 150 kg in total.

In fact, GMA takes lightness so seriously that the senior design and engineering teams even hold a weekly “weight-watchers meeting” to ensure no single part – including the 900 fasteners in the car – are bigger or heavier than they need to be.

“Today, the enjoyment of driving has been lost as so many supercars only come ‘alive’ at the upper-ends of their performance capabilities. Chasing a top speed only adds weight (notably through ever-more powerful engines), so the future of true performance cars lies in shedding weight intelligently,” explains Murray.

And it gets better, still. The T.50 will feature “intelligent management of underbody airflow”, which basically means a ground effect fan similar to that of the Brabham BT46B Formula 1 car (that was banned just after one race). We’d expect T.50 to pull mind-bending amounts of G-forces around corners thanks to its lightweight and ground effect aerodynamics.

That’s a lot of things to get excited about, and fortunately we don’t have to wait much longer. Cosworth is currently testing a three-cylinder mockup of the engine, and should have a preliminary V12 engine on the dyno in the coming months.

The six-speed manual gearbox prototype has also been delivered and is currently undergoing testing. If all goes according to plan, there should be a running T.50 test vehicle come September.

The GMA T.50s ‘Niki Lauda’ is a track-only special truly worthy of its name