Despite the name, the only relationship between Tesla, Inc. and Nikola Motor Company are that they are rivals in the electric vehicle space. Confusing, we know. Now that we’ve cleared that up, let’s move on.

We say “building” in quotation marks, because even though the company first unveiled its prototype back in 2016, no finished product has been delivered yet, as far as we can find.

However, the company allegedly has several billion US Dollars worth in truck bookings, with 800 units reserved by Anheuser-Busch, a large brewing company in the states. We digress.

Nikola says that the Badger is “designed to target and exceed every electric or petrol pickup in its class,” though Nikola’s CEO, Trevor Milton also said that it is designed to take down the Ford Raptor in a tweet.

The company says that the Badger pick-up truck will have a hauling capacity of over 3,600 kg (at a 30-degree grade), thanks to the four electric motors with a combined peak output of 906 hp and 1,329 Nm (!) of torque.

Century sprint is done in a claimed 2.9 seconds, and Nikola also promises a combined range (hydrogen fuel cell and lithium-ion battery) of 965 km. On just battery power itself, the Badger has a claimed range of 483 km.

As part of the Badger programme, Nikola is also planning to build a network of 700 hydrogen stations across North America.

Trevor Milton said in the announcement, “Nikola has billions worth of technology in our semi-truck program, so why not build it into a pickup truck?” The Badger programme will also help drive down the cost of the fuel cell components for its trailer trucks.

The Badger will be built “in conjunction with another OEM utilizing their certified parts and manufacturing facilities.” Trevor Milton estimates that the price will be between $60,000 to $80,000 US Dollars.

The Nikola Badger will be entering a segment with stiff competition from a slew of new EV pick-up trucks from Rivian, Hummer, and of course, Tesla. At the very least, it doesn’t look like the Cybertruck… 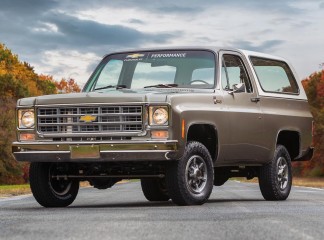