Home News The McLaren Speedtail looks out of this world in its final development... 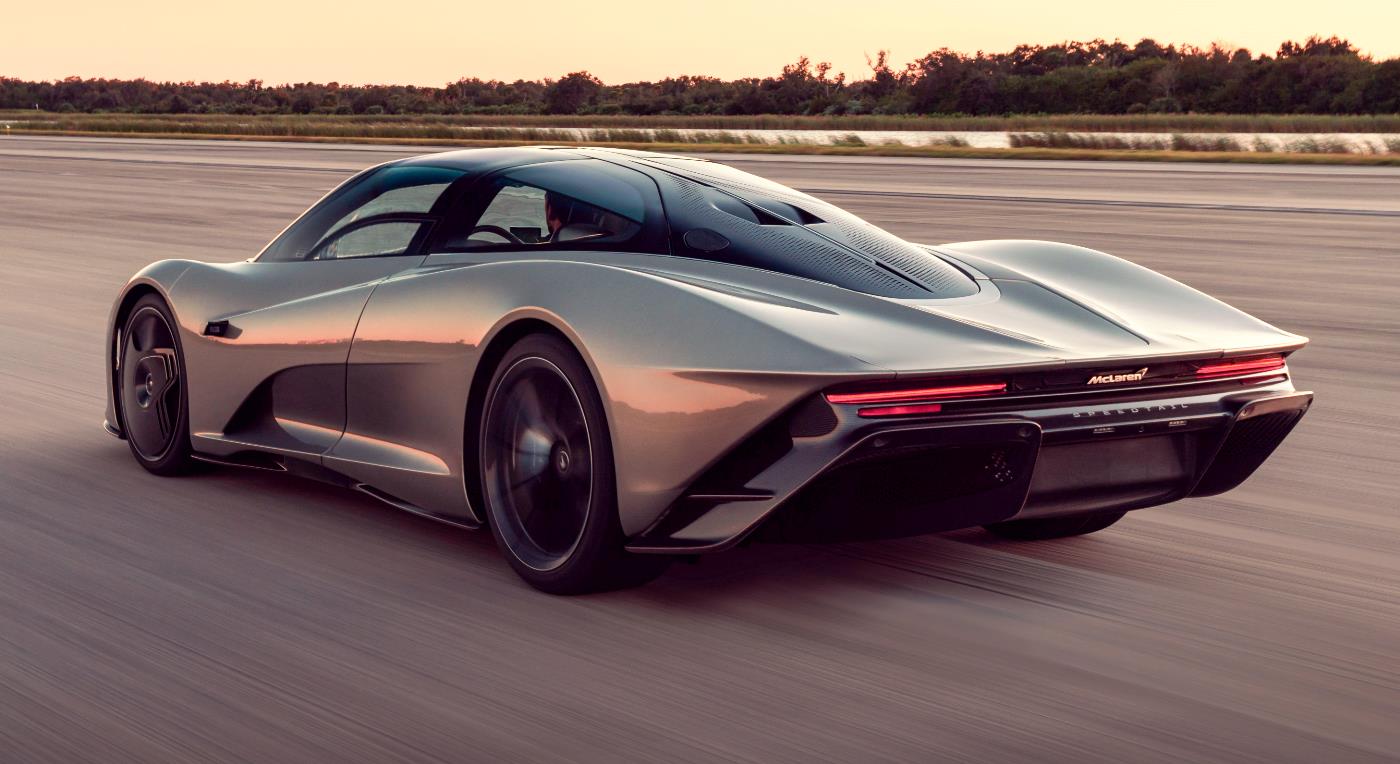 With the first customers expected to receive their hypercars as soon as February 2020 – the cars are being built now at Woking, this high-speed validation programme of the McLaren Speedtail at the proving grounds of Kennedy Space Centre is as much a PR exercise as it is for the purpose of ‘testing’.

Nevertheless, the Speedtail’s appearance in Florida does offer another tasty preview of the 1,070hp hybrid hypercar out doing its thing, and by golly, the spiritual successor of the McLaren F1 looks simply spectacular and out of this world, as if it was conceived by alien technology.

The driver putting the Speedtail through its paces is human however, with chief tester Kenny Brack completing over 30 runs that hit 403 km/h (the McLaren’s maximum speed) in a prototype dubbed the XP2. The test also concludes the Speedtail’s dynamic development process held at different test venues around the globe, according to McLaren.

The 3-seater Speedtail is catogorised as a hyper-GT by McLaren and sits at the pinnacle of the Ultimate Series (for now), and is limited to a production run of 106 units. Power output is rated at 1,070 hp and 1,150Nm, generated by a 4.0-litre twin turbo V8 with a parallel hybrid system. McLaren has not revealed the 0-100 km/h time but expect it to be in the low 2.0-second region.

McLaren also claims that the Speedtail has the best power-to-weight ratio among automotive high voltage battery systems, and that the battery pack is either self-charged when driving, or trickle charged when stationary via a wireless charging pad which comes with the car. It has no physical charging port.