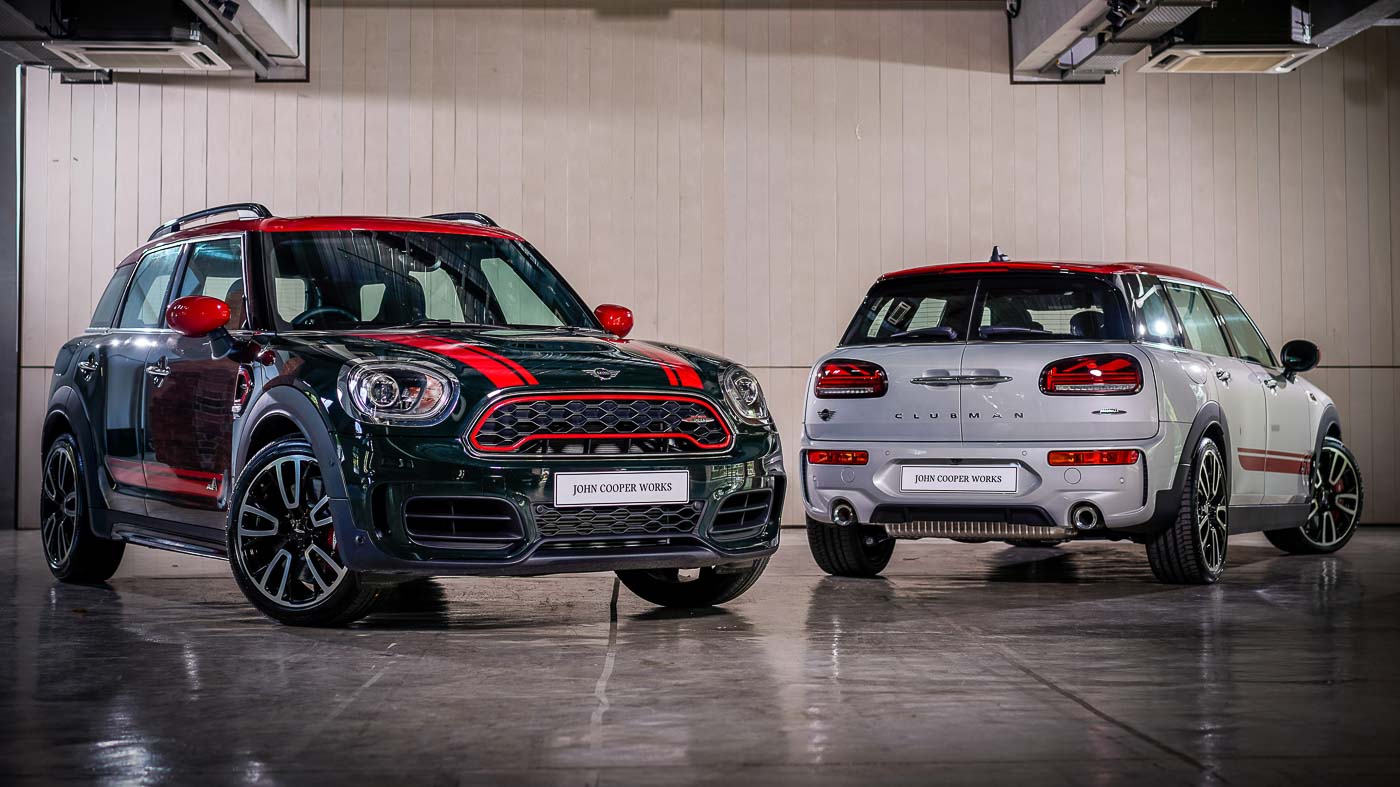 Power is fed to all four wheels via an 8-speed Steptronic automatic gearbox with paddle shifters. All that power would mean nothing without proper brakes and suspension setup.

As such the Countryman is fitted with Adaptive Suspension while the Clubman gets the JCW Sports Suspension that allows it to sit 10 mm lower than the standard model. Brakes are four-pot caliper units for added assurance.

Only the Clubman gets the new LED headlights with Matrix Light Function – the first of its kind in a MINI. Both however, wear the same shoes in the form of 19-inch JCW Circuit Spoke wheels.

As if the exterior doesn’t scream JCW loud enough, the tuner’s touches also extend to the steering wheel, door sills and instrument cluster. Adding a touch of opulence to both the JCW’s racy image is the panoramic sunroof.

Those keen on taking a closer look can head on to the Auto Bavaria Glenmarie, Auto Bavaria Kuala Lumpur, Ingress Auto Bangsar and Wheelcorp Premium showrooms.

With the Balloon Financing from BMW Group Financial Services Malaysia, the JCW Clubman can be had from RM 4,098.00 per month while the JCW Countryman starts from RM 4,328.00 per month. Both are estimates based on estimates of 80% loan on a five-year tenure. 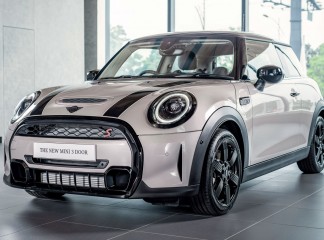 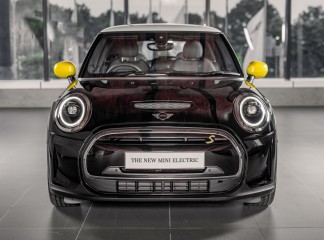