Have you ever thought that SUVs, now a staple on our roads, with mild off-road capabilities, would slowly but eventually render the sedans and even pick-ups as nothing more than niche modes of transportation?

That’s because everything points to a future where SUVs will be able to do everything from mild gravel trekking, yet ferry a family of five with the comforts of a sedan and the new Hyundai Santa Fe is one such indication.

Granted, it’s not the most capable nor the most robust if you’re comparing it against the likes of Toyota’s Fortuner or Ford’s Everest (both with ladder frame chassis) but there’s no doubt that the Santa Fe is more than equipped to at least keep up with the two on the beaten path, but trumps them both when it comes to comfort and refinement.

Without much competition to deal with, with the Toyota Fortuner being its closest rival in terms of price, the Santa Fe somehow created a little gap in the market for itself.

Just how credible is it as an SUV for the road with the ability to take on the occasional trek off the tarmac? Here’s some perspectives from yours truly. 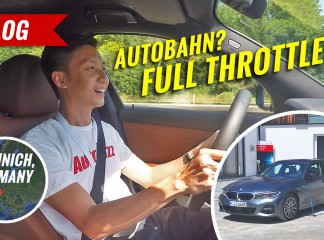