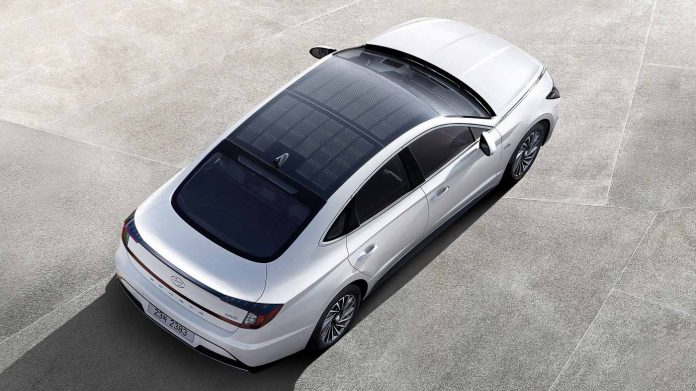 Shortly after announcing the world’s first CVVD engine technology, Hyundai is set to roll out the new Sonata Hybrid with a solar roof charging system.

The system, which will be rolled out in future Hyundai vehicles, supports the vehicle’s electric power source, improving fuel efficiency and reducing CO2 emissions.

The silicon solar panels seamlessly incorporated on the car’s roof can be charged while driving and with six hours of charging daily, can increase travel distance by an extra 1,300 km annually.

Electricity generated is converted to standard voltage via a controller and subsequently stored in the car’s battery. Hyundai says that while the solar roof system plays a supporting role for now, it’s providing options for vehicles to no longer require fossil fuel to operate.

The new Hyundai Sonata is now on sale in Korea and will soon be sold in North America, with no immediate plans for sale in Europe.