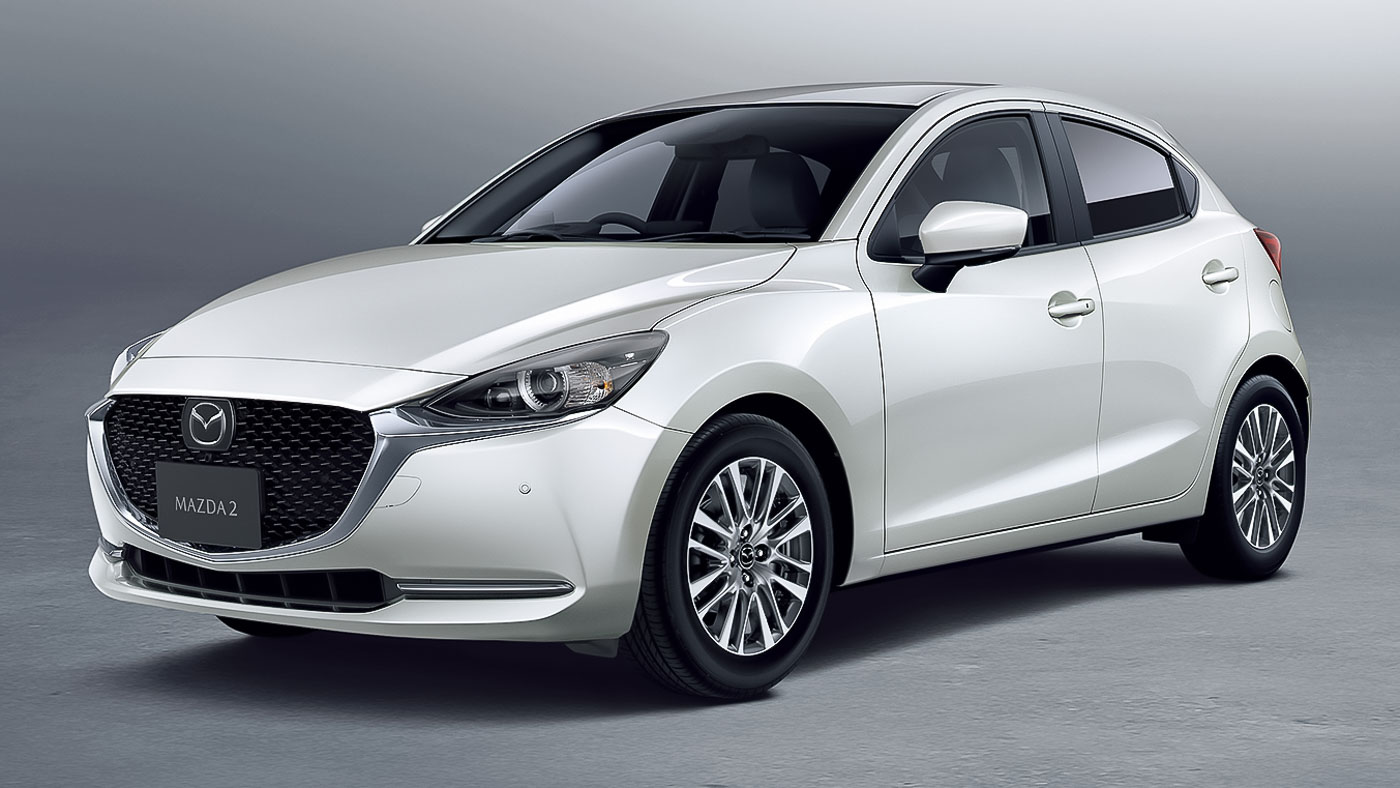 In efforts to streamline its global product naming, the hatchback is now officially known as the Mazda 2 like global markets, dropping the JDM Demio nameplate. The facelifted Mazda 2 is scheduled for market launch in September.

Kicking off with the technical bits, the refreshed Mazda 2 features a new suspension system that promises a more supple ride quality – something the pre-facelift model sorely needs to keep up with the competition. New versions of the Mazda 2 will also be equipped with G-Vectoring Control Plus (GVC Plus) that adds braking intervention for greater vehicle stability at high speeds.

Visually, the revised hatchback gets a decidedly more sophisticated look with the new mesh grille, a revised bumper similar to the Mazda 6 as well as new 16-inch aluminium finish multi-spoke alloy wheels. The headlamps are now slimmer than ever with Adaptive LED illumination available on higher-grade variants. With the new front bumper housing, the company has dropped the front fog lamps altogether, just like the new Mazda 3.

Mazda is obsessed in its pursuit for the ultimate Jinba Ittai experience. Even in a mere facelift, the engineers have introduced a new seat sculpture that is more resistant to head movements which give the driver a greater sense of connection with the car.

As it is, the fully imported Mazda 2 is having a difficult time holding its ground against the competition in Malaysia due to its unfavourable price tag of RM95k, which is a lot of money for a tiny hatchback. With the facelift model commanding an even higher asking price, it remains to be seen how Bermaz Motor is going to keep this model competitive and relevant in the local market.

Even if local distributor continues to offer the Mazda 2, consumers can expect one of the two situations: offer the Mazda 2 with the full suite of new technologies but push the prices up into an even higher price bracket (RM100k+), case in point the new Mazda 3. Or alternatively, maintain and even potentially remove some of the existing kit to maintain at its current, already difficult, price positioning.