Home News BMW i-setta: It’s a cheeky hoax but we love it anyway 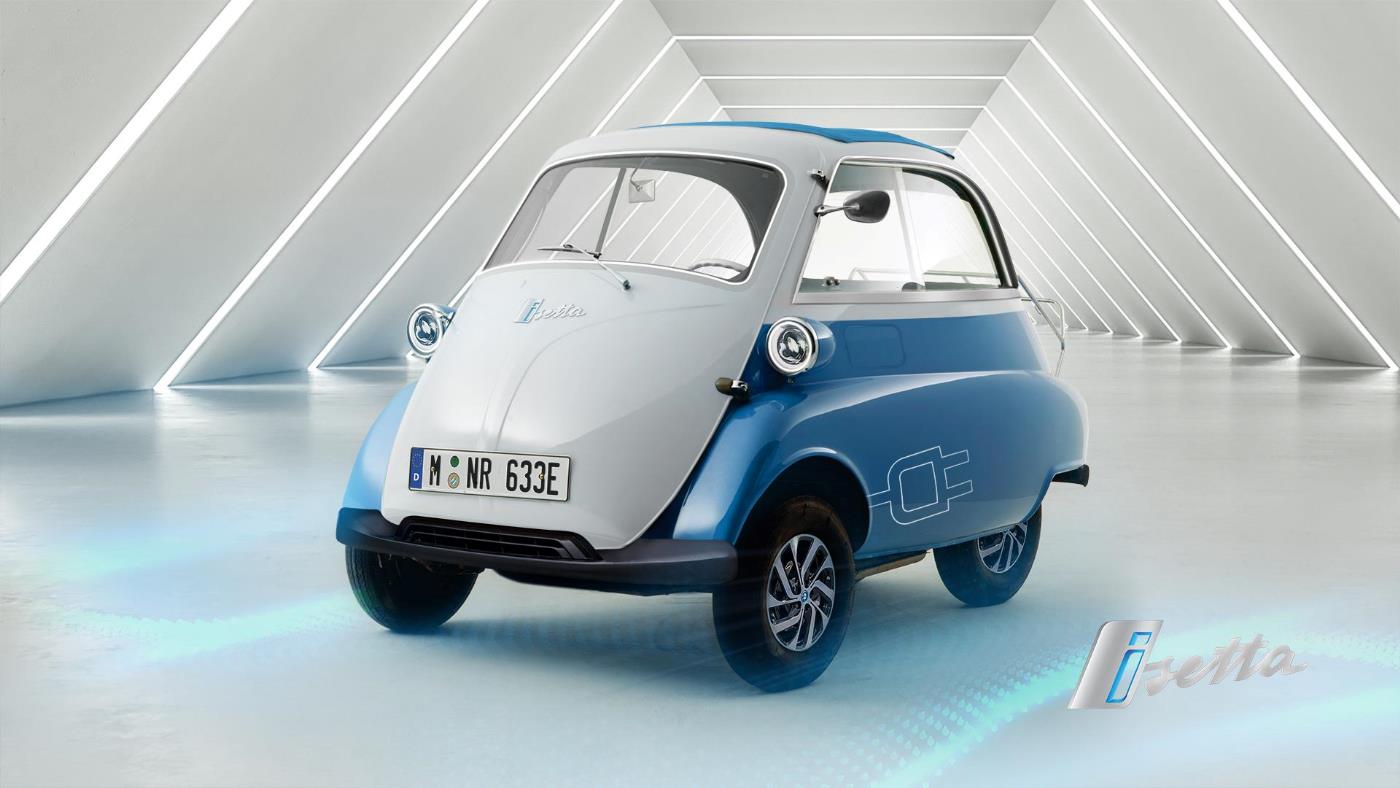 It’s cute and tongue in cheek, and BMW is having a laugh in conjunction with April Fools’ day, but a fully-electric version of its legendary bubble car actually makes a lot of sense as that would not only keep an automotive icon alive (as electric powertrains are much simpler to maintain), but the concept hits the spot as a modern zero-emission urban runabout.

The history of the Isetta is a tale worth telling. This two-seater came about in the mid-1950s when BMW was struggling to start over in the post war era as a maker of motorcycles and automobiles (they made aircraft engines for the Luftwaffe during WW2). To offer customers an ‘economic’ option, the company licensed the Isetta from an Italian firm called Iso which specialised in producing small vehicles. Yes, even BMW rebadged when it had to.

Of course, BMW equipped the Isetta with a powerplant of its own – a 250cc motorbike engine worthy of 12 hp and 14.2 Nm and could power the microcar up to a top speed of around 85 km/h. The four-stroke, one-cylinder motor turned two closely-spaced rear wheels and was mated to a manual transmission with four forward ratios and a reverse gear. The 360 kg-Isetta was a fuel-efficiency record holder then with a rating of 3.8-litre per 100 km, or 26.3 km/l.

The Isetta could accommodate two adults, even a child at a pinch and it was revolutionary in that it had a forward-opening door (like a fridge) and an attached steering assembly that folded out of the way, which made getting in and out easy. For its size, the Isetta offered room for luggage and carried a spare wheel. In the event of a frontal collision, occupants could escape through its fabric sunroof.

Over 160,000 units of the Isetta were eventually sold and the bubbly car kept BMW alive during its period of rebuilding. The Isetta is a collectors’ item these days and are traded for serious money. To experience and see an Isetta up close, make your way to BMW Welt in Munich where a mint Isetta 250 roams the halls offering visitors a unique taste of BMW history. Or we can wait for the launch of the electric-powered i-setta. Well, maybe.