Mercedes-Benz will be debuting its all-new Mercedes-Benz CLA at the coming 2019 Consumer Electronics Show (CES) in Las Vegas happening from 8 to 11 January next month. The second-generation four-door coupe is the second spin-off from the new W177 A-Class hatchback’s platform after the A-Class sedan.

Without giving away too many details, the three-pointed star promises that the new CLA will be the “most emotional vehicle of its class” just like its predecessor when it first debut in 2013. Unlike the more practical A-Class sedan, the CLA represents a more dynamic alternative with a sloping roofline and sleek body lines.

Expect the CLA to feature all the powertrain options available on the new A-Class including the 1.33-litre four-cylinder turbo petrol with 163 hp and 250 Nm of torque. The CLA will be front-wheel driven by default while the 4MATIC all-wheel-drive system will be available as an option. 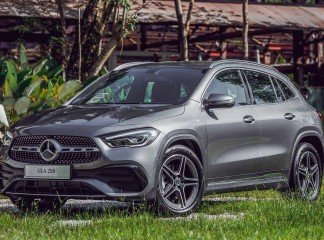