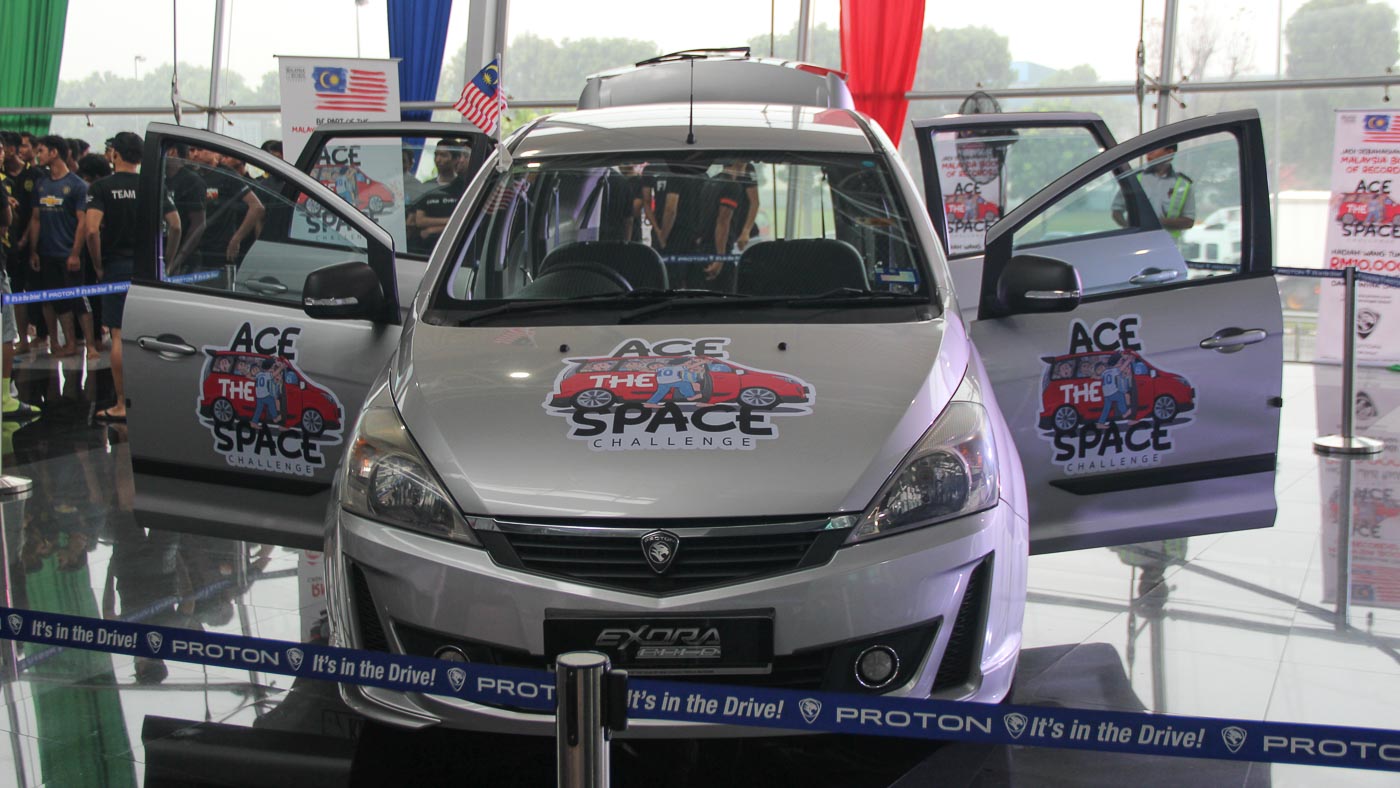 Proton has just broken a 17-year-old record in the Malaysia Book of Records recently, a very peculiar one too we might add – “Most People in an MPV”. The record-breaking attempt was part of the national carmaker’s Ace the Space Challenge where participants squeeze as many people as they possibly can into a Proton MPV.

In the preliminary rounds, participants from different states managed to fit up to 41 persons into an Ertiga. In the final round (also the record attempt), participants were challenged to squeeze their teammates in the seven-seater Exora.

Team Girls Power from Universiti Perlis Malaysia emerged as the new record holder after successfully fitting 55 persons in the Exora with the doors closed. The closest competitors were team KVT Girl from Kolej Vokasional Temerloh and Senawang Triggers of Politeknik Port Dickson which managed 53 persons respectively.

Besides walking home with their names penned in the Malaysia Books of Records, team Girls Power also received RM1,000 worth of Proton Sales voucher each, one smartphone each, one pair of TGV movie tickets each, RM10,000 cash prize and the invitation to the Proton SUV Launch ceremony.