Proton Cars, after selling 49.9 percent stake to Geely, is set to launch a new SUV based on the Geely Boyue as part of the agreement. Recently, the national carmaker has just released a teaser video hinting the equipment that will be available on the yet-to-be-named Proton SUV.

In the minute-long trailer, the SUV is said to be equipped with Intelligent Voice Command system, Adaptive Cruise Control, 360-degre 3D View camera and the company has just confirmed that Autonomous Emergency Braking (AEB) will be thrown into the mix.

Based on the information available, the equipment levels mirror the top of the range Boyue that comes will the full Intelligent Safety Suite driver assistance system. Other safety features available for the Chinese market include Door Opening Warning, Lane Departure Warning and Blind Spot Detection.

Of course, it remains unclear the number of variants the Proton SUV will be offered in or whether these safety suites will be standard fitment across the board (although highly unlikely, here is hoping Proton will surprise us).

We know that Proton’s first car to spawn from the new management board will be jammed packed with features that betters even some major premium brands in Malaysia, but the million-dollar question is, how much would Proton’s first SUV cost to Malaysian consumers?

Although the prices in China is not reflective of the actual situation here in Malaysia, one thing we can be sure of is that the Proton Boyue will offer an outstanding value proposition for all Malaysians. 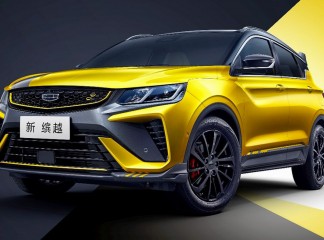