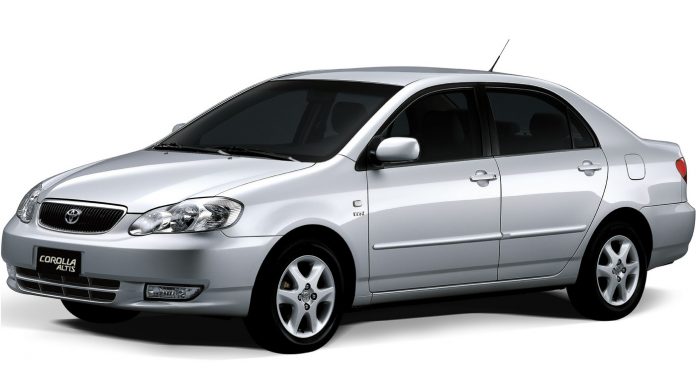 Remember the time when Brad Pitt was in a Toyota Corolla Altis TV commercial? Is it all coming back to you; the sweet memories of tacky TV commercials from the early 2000s?

You’re most welcome. The year was 2002 and as a 12 year old then, I was wondering what on earth was someone with the rugged good looks of Brad Pitt’s doing in a tacky TV commercial featuring a rather mediocre vehicle accompanied by Ricky Martin’s then hit-song “Shake Your Bon-Bon”. Toyota’s intention then was to pair up one of the hottest Hollywood assets with one of the most well-known names in the automotive industry.

There were even two versions of it – one with Brad being stuck in traffic and the other with him leaving a swarm of colleagues at the office for a drive in the Corolla Altis.

15 years on, turns out there’s nothing mediocre about the 9th generation Corolla Altis with countless numbers of them still going strong – aesthetically and mechanically. Overtime it has even built a reputation for being unquestionably reliable, practical and now, even cheap to own.

A quick check on Mudah.my will show that a 1.6-litre or even a 1.8-litre variant can be had for as little as RM 16,000 – more or less the price of a used first-generation Perodua Myvi – and that’s a lot of car for that money.

No doubt the pale fabric/pseudo wood interior may look a little dated now but it still offers plenty value for the Ringgit – a capable VVT-i powerplant, Traction Control with Vehicle Stability Control (VSC) in the 1.8 model, plenty of room in the cabin and massive boot space.

Back tracking to the TV commercial, it was not without some controversy caused by local government officials (supposedly by the then deputy information minister) demanding for the commercial to be banned. He claimed that “using a non-asian’s face” would invoke inferiority and be insulting to Asians.

“Why must we used their face” was the famous question asked. I mean how insecure can a person be? It could be Homer Simpson behind the wheel for all we care – so long as it leaves an impression, it works.

Whether it triggered his own inferiority, we will never know. One thing is for sure, the 2002 Toyota Corolla Altis outlasted almost every car of its generation, is still thriving today and will certainly outlast the man and the memory of his ridiculous remarks.