This edition of our regular Throwback Thursday series is about a certain small Honda hatchback which will be celebrating its 35th birthday –  the Honda CR-X – an 80’s icon that stands in the same league with the Sony Walkman, Knight Rider, and most importantly, Michael Jackson.

In essence, the existence of the CR-X echoes the first-generation Honda Civic. The original Civic hatchback became a hit among car buyers during the 1970’s oil crisis which rendered large, fuel-guzzling vehicles unsustainable. A decade later in 1983, the CR-X showed up – in line with the directions from the Civic’s playbook.

The CR-X was marketed as a two-door hatchback for the US market with a 2+2 layout for the European demographic. Ideally, we would’ve preferred it to be just a two-seater considering the rear seats in most 2+2 seater coupes are as useful as solar-powered torchlights. At launch, two variants were offered – the standard DX and the HF (“high fuel efficiency”). The base DX received a smaller 1.3-litre petrol engine while the 1.5-litre mill powered the HF.

A year later, Honda revised the CR-X by offering two powerful engine options along a new range-topper, the Si. The CR-X Si’s 1.5-litre engine had 91 hp at its disposal and was also the sole engine with a fuel injection system. At that point, none of the engine choices made more than 100 hp.

The CR-X’s modest engine performance was not a deal breaker as the CR-X’s light footprint was the car’s primary weapon. Having a kerb weight of not more than 900 kg not only ensured the then sought after “pocket rocket attributes” but also good fuel economy figures.

Later on, the facelifted model somehow turned the CR-X into an even more serious set of wheels in the sports compact segment with the goods to back that the drive – a 130 hp 1.6-litre DOHC engine that was impregnated into the Si model. The handling department also received a huge boost courtesy of independent double-wishbone suspension on all four corners. Mated with a five-speed manual, the 1988 CR-X Si was capable of completing the century sprint in roughly 8.5 seconds.

In 1989, the CR-X sold outside of America was offered with Honda’s famed VTEC engine, the B16A SIR-V. The first-generation VTEC screamer was a 1.6-litre naturally-aspirated petrol engine with an output of 160 hp.

After production ended in 1991, the CR-X’s replacements failed to live up to its predecessor’s blazing trail. Its immediate replacement, the del Sol, vanished just after five years. Its spiritual successor, the hybrid-powered CR-Z, was commissioned in 2010 but eventually ran out of steam before its demise in 2016.

Determined to have the last word, last year Honda revived its sporty compact aspirations via the Urban EV concept. Its concept dimensions and the fuel-efficient powertrain clearly pays homage to the original Civic. Should the concept go into production, we could finally be looking at a worthy successor for the CR-X’s legacy. 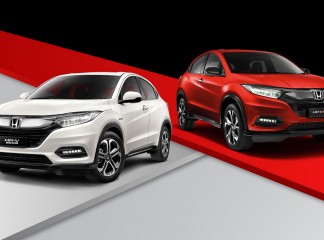