Also part of the new look is a livery with subtle silver and red accents especially designed to give the Macan SportDesign Series a sportier appearance. They’re complemented by black LED headlights including the Porsche Dynamic Light System Plus (PDLS+), tinted LED taillights as well as roof rails and sports tail pipes in high gloss black.

The edgy exterior sits on 21-inch wheels, available in two different designs – the 911 Turbo wheel in a multi-spoke design or as an alternative, the Sport Classic wheel, a forged one-piece alloy wheel painted in high gloss black.

Internally, the SportDesign is dominated by Black and Garnet Red combination leather upholstery with 14-way power seats including memory function for both the front seats. The Garnet Red is also applied to the seat belts, instrument cluster and Sport Chrono stopwatch while entertainment is provided for by a 14-speaker Bose Surround Sound System.

Other standard equipment include air suspension with levelling system and ride height adjustment including the Porsche Active Suspension Management (PASM) and the Sport Chrono package.

The Macan SportDesign Series is priced at RM 545,000 (excluding Insurance) and is limited to 40 units only. It will come with a 4-year warranty and free maintenance package. The Porsche 360 Financing, an intelligent alternative to conventional financing by reducing monthly payments by up to 30%, will be available. 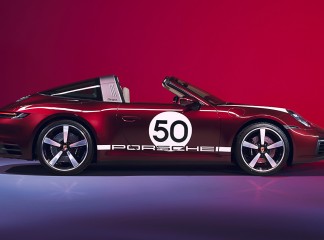 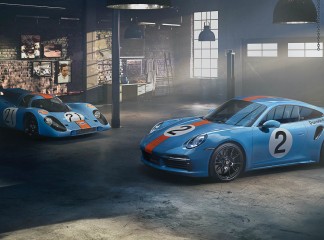