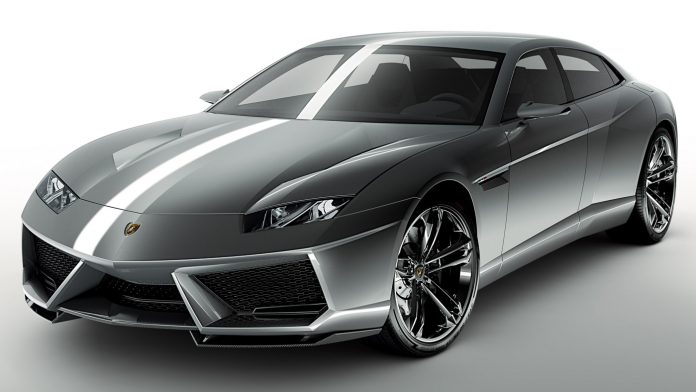 Just as we mentioned earlier on Ferrari’s confirmation on the eventual production of an SUV, news have surfaced that Lamborghini is also working on a four-door model but unlike Ferrari’s “FUV”, it will be a sedan.

Based on reports by Autocar, the slightest glimpse of how it would look like won’t be due till at least early of next decade but design inspiration would be heavily carried over from the Estoque concept car unveiled at the Paris Motor Show almost a decade ago.

This further diversifies Lamborghini’s production portfolio of Huracans and Aventadors. This follows after the unveiling of the Lamborghini Urus SUV earlier this year which is said to be due in the middle of next year – a move that has been inspired by Porsche’s the bold leap of faith almost two decades ago to produce SUVs – a move that has proven not only to be a success but a saving grace to their financial woes.

Seen as a means to bridge the gap between the super/hypercar models, the new four-door was said to be based of the Estoque concept revealed in Paris almost 10 years ago, but put on hold in favour of the Urus due to surge in demand for SUVs. Work on the Urus is already underway at the newly-expanded Lamborghini factory in Sant’Agata Bolognese where investments poured in prior are expected to be justified by increased sales and profits from the Urus.

As for Lamborghini’s four-door, family-oriented super sedan, it will most likely be based on VW Group’s MSB platform which also underpins the 2017 Porsche Panamera and the new Bentley Continental GT for ease of production. What we can also expect is the adaptation of the Urus’ power plant, a 650 hp twin-turbo V8 in the new sedan, with the possibility of the Huracan’s V10 engine.