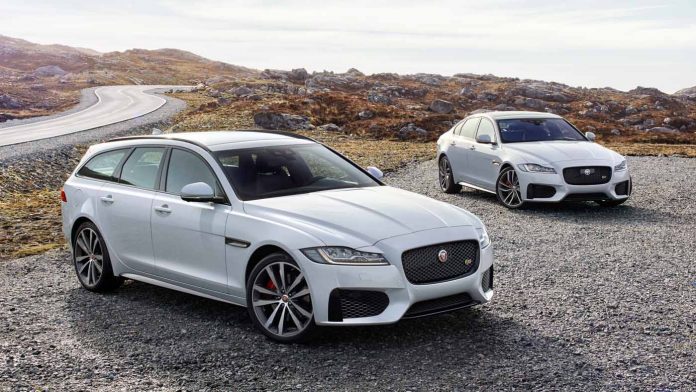 The BMW 5 Series Touring and Mercedes-Benz E-Class Estate have finally met its match, coming all the way from Coventry, UK. That’s the all-new Jaguar XF Sportbrake, the gorgeous wagon penned by one of the world’s greatest automotive designer, Sir Ian Callum.

It shares the aluminium-intensive platform that underpins the sexy Range Rover Velar SUV and boasts a perfect 50:50 weight distribution. While the front is exactly like the sedan, but this gets a full-length 1.6sq m panoramic roof with a sloping rump. It is super slippery as well, with a drag coefficient of 0.29.

New to the XF Sportbrake is the cabin air filtration system, digital dials, and a 10-inch infotainment system. Jaguar claims the new XF Sportbrake’s longer wheelbase improves rear passenger space compared to its predecessor. The additional space means it can swallow up to 565 litres of boot space when rear seats are up, and 1,700 litres when folded down.

The XF Sportbrake is now offered with a choice of Ingenium petrol and diesel engines. The 296 hp 3.0-litre turbocharged V6 diesel mill will propel the range topper, followed by the 247 hp 2.0-litre turbocharged petrol engine. The 2.0-litre Ingenium diesel mill is offered in two different tunes – 161 hp and 178 hp. All engine tunes are available with ZF eight-speed automatic transmission and rear-wheel drive, while the base diesel gets a six-speed manual.

The Jaguar XF Sportbrake is now open for sale with prices beginning from £34,910 (approximately RM190k). Look out for a possible introduction of the XF Sportbrake in Malaysia right after the launch of the Range Rover Velar by distributor, Sisma Auto.