The current Mitsubishi Lancer is reaching the end of its life and a successor is still nowhere to be seen. For our lucky friends in Taiwan and China, they will be getting the closest thing to it – the 2017 Mitsubishi Grand Lancer.

Inside, the dashboard gets redesigned, and the centre dash gets fitted with a touchscreen infotainment system. A smart digital instrument cluster can be had as an option.

At heart is the sole four-cylinder 1.8-litre SOHC MIVEC engine. The naturally-aspirated four banger produces 138 hp and 176 Nm of torque, with power being sent to the front wheels via the same INVECS-III CVT. In case you’re wondering, it’s not the same MIVEC engine powering the Proton Inspira. 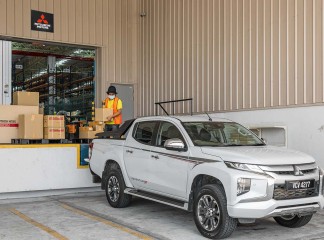