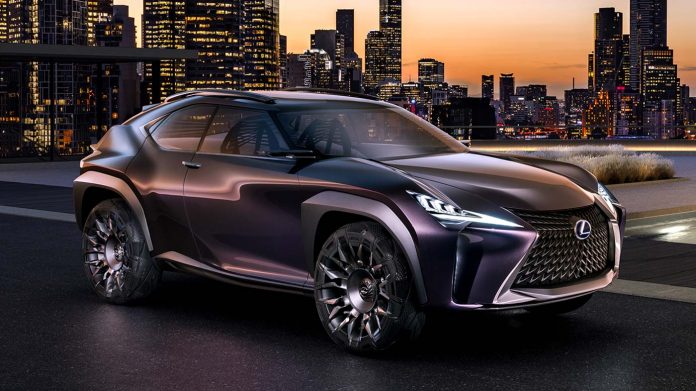 Premiered at the Paris Motor Show, this concept was penned by ED2, Lexus’ design center in France. The new concept not only hints at a possible new SUV model, but also gives a glimpse into the brand’s future styling direction. It’s also designed specifically to appeal to younger urbanites.

The UX is 4,400mm long, 1,529mm tall and has a wheelbase of 2,640mm. This footprint is smaller than the NX, and suggests that the UX could possibly be Lexus’ upcoming entry-level SUV. At a glance, the UX’s aesthetics seem like an evolution of the already flamboyant design of the RX. Lexus’ signature spindle grille stays in the UX’s front.

Moving forward, Lexus believes the future of motoring would not require side mirrors, because these will be replaced by slimmer and compact e-mirror cameras.

Matching its over-the-top exterior styling is the interior technology, which can be aptly described as bonkers. The UX showcases the next-generation human machine interface, consisting of 3D displays for the dashboard controls, together with a hologram globe that displays essential driving info. To top it off, occupants can all enjoy the new and unique Lexus Kinetic Seat Concept.

As yet, neither the technical specifications nor production plans have been revealed. Will this luxury compact crossover make for an appealing choice? We would certainly think so, even if it doesn’t come with that “Star Wars” hologram technology.