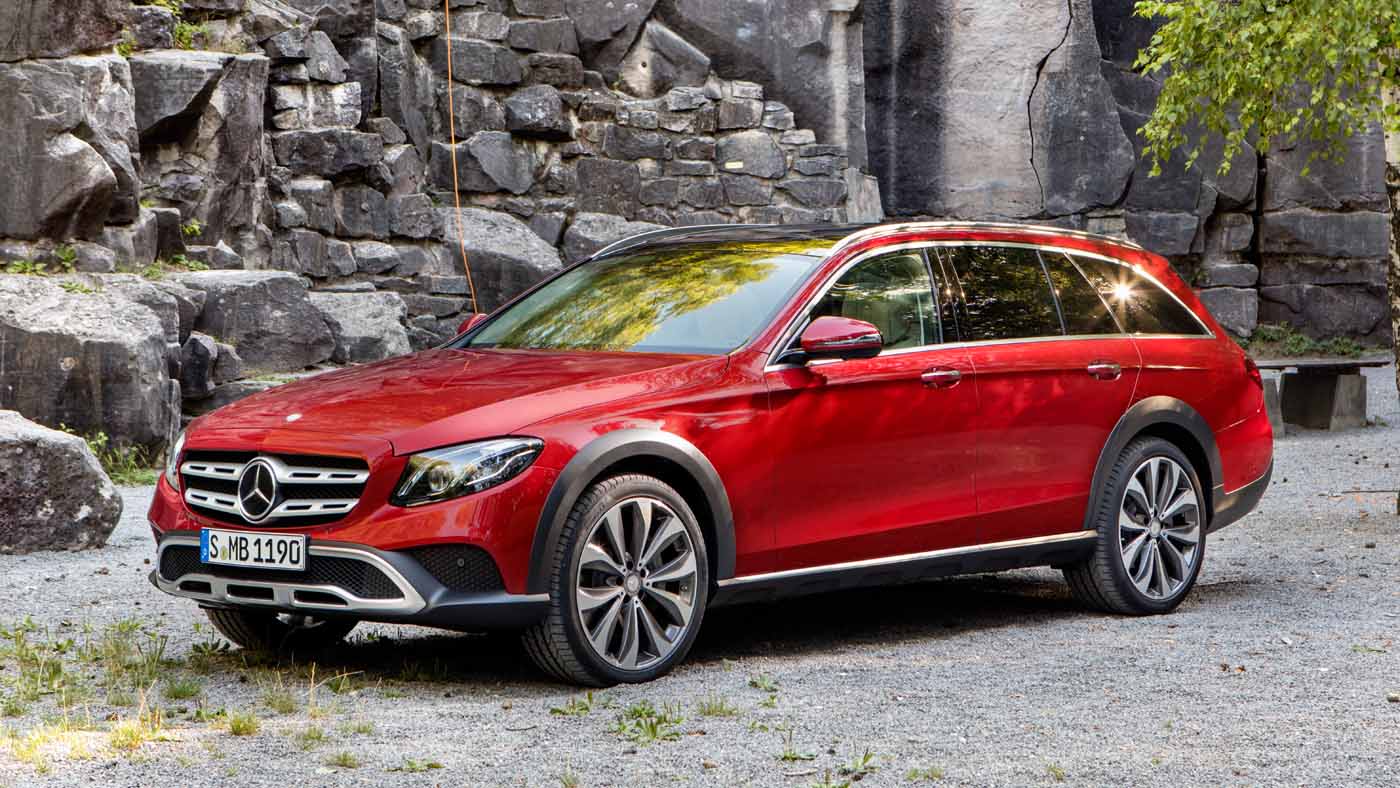 Looks like Mercedes-Benz has joined the battle of jacked-up wagons. Going against the likes of Audi A6 Allroad, Volkswagen Passat Alltrack, and the recently-announced Volvo V90 Cross Country, the E-Class All-Terrain is the first of its kind in the long history of Mercedes’ mid-size contender.

The X213 E-Class All-Terrain stands 29 mm taller than its “single-terrain” W213 sedan and S213 wagon siblings, and just like its rivals, it’s fully dressed in a rugged outfit. Robust black plastic covers the lower part of the car, and there are flashes of metallic accents thrown in for that added bling, which ties in quite well with the optional 20-inch rims. Standard alloys measure 19-inches by the way.

Despite the big rims, Mercedes claims that the E-Class All-Terrain rides much more comfortably than the normal E-Class because it’s fitted with higher profile tyres, and they’ve reconfigured the suspension too. Special All-Terrain driving mode with off-road driving settings should allow the E-Class All-Terrain to be driven on, err, all terrain, and drivers can raise the car by 20 mm at speeds up to 35 km/h courtesy of the Air Body Control air suspension fitted as standard.

The E-Class All-Terrain will debut at the upcoming 2016 Paris Motor Show in the E 220d 4Matic guise, which means it’s powered by a 2.0-litre four-cylinder diesel that produces 194 hp and 400 Nm. The oil-burner is paired to the 9G-Tronic nine-speed automatic, sending the power to the 4Matic all-wheel drive system.

Other than that, the cabin is unchanged apart from the “All-Terrain” lettering on the floor mats, so it’s the usual swish E-Class interior that’s practical and packed with tech.

Will it be introduced here in Malaysia? Not by a long shot. Will there be an AMG variant? Probably.