Home News Aston Martin to launch one new car every single year until 2022! 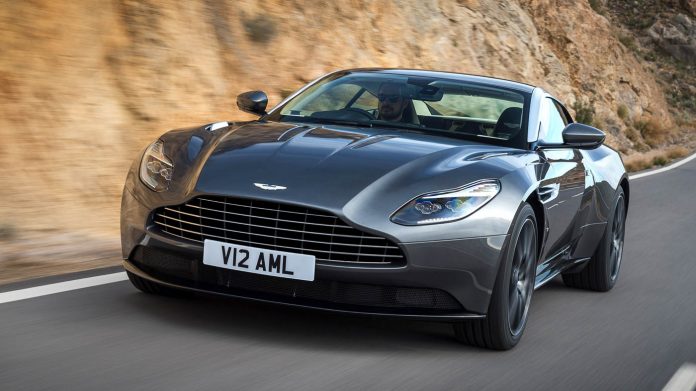 Aston Martin is on a roll. Not long after its DB11 Grand Tourer debuted and subsequently received glowing reviews, the Gaydon-based company is set to embark on a seven-year project called “Second Century Plan”. This ambitious project, spearheaded by CEO Andy Palmer, will see Aston Martin unveiling seven new models until 2022.

The seven new models will consist of model replacements, as well as all-new models. The latter includes a crossover and a mid-engine supercar, two territories previously unexplored by Aston Martin. With the DB11 out of Plan 7, its platform and technology will be passed on to develop the new Vanquish and Vantage. That of course will allow both the models to receive the all-new aluminium architecture and Mercedes-AMG’s 4.0-litre twin-turbo V8 engine.

Next, the Aston Martin DBX will be Gaydon’s first ever crossover, and will also be the first model to feature hybrid technology. Apparently, the DBX’s design is inspired by a four-door coupe (albeit with the added ground clearance) and will compete directly against the Porsche Cayenne. The DBX will be built at the company’s new facility in Wales. Interested? You’ll have to wait till 2019 to own one.

The luxury saloon segment will also be revived with the Lagonda model, with additional variants such as the Lagonda Taraf that will compete with Maybach. The saloon models, which is also set to replace the Rapide, will be offered with a hybrid powertrain.

What better way to end this project with a bang? During the final year, in 2022, a mid-engine Aston Martin supercar will emerge. Remember the mega-successful AM-RB 001 hypercar concept that drove the internet crazy? Development of the maniacal car has provided Aston the necessary knowhow to producing a proper mid-engined sportscar.

Seven years, seven new models, and each model will have a seven-year life span. Looks like it’s seven times the excitement for us!