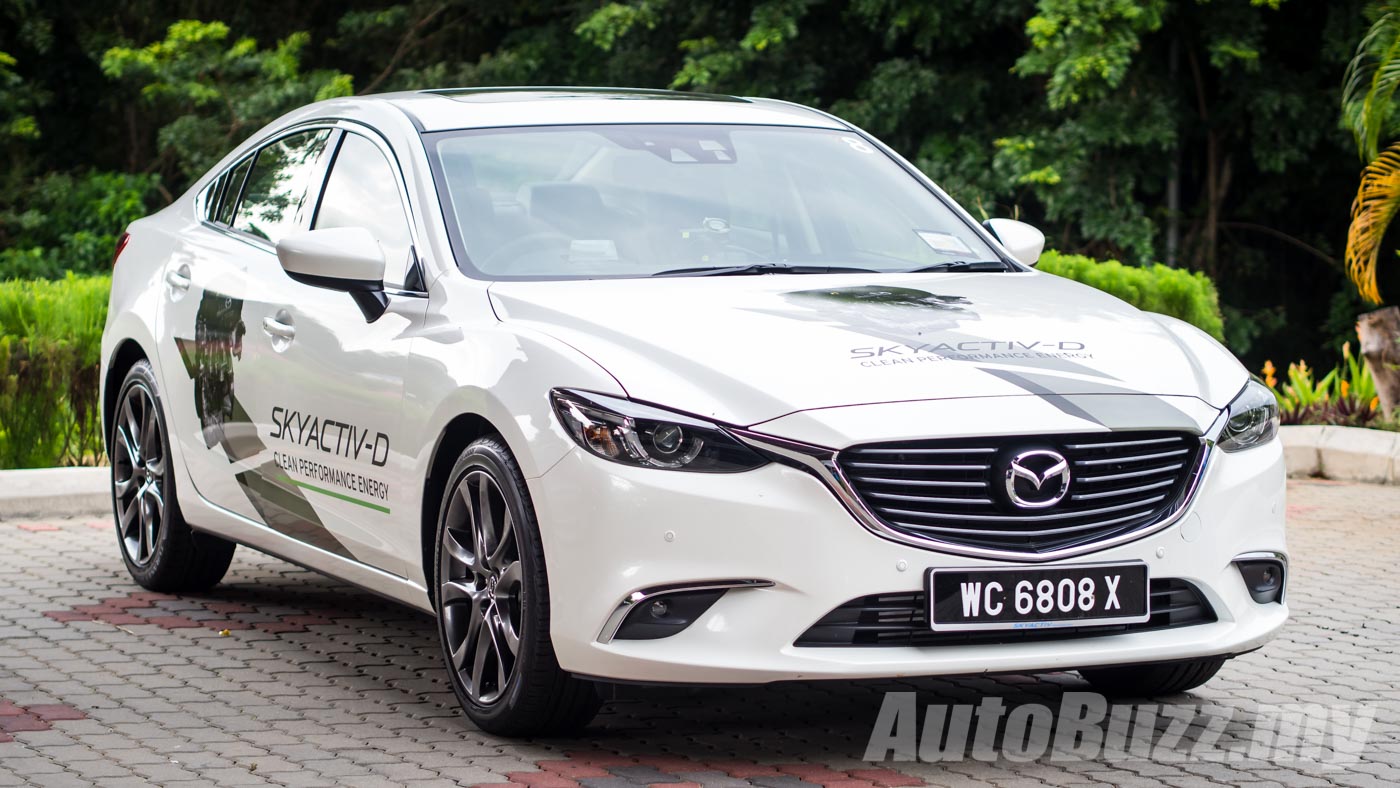 With Euro5 diesel getting more accessible throughout the country, it seems that news such as this is just a matter of time. Sitting at the top of the Mazda6 range is the new Skyactiv-D variant, costing just RM7,500 more than the 2.5-litre Skyactiv-G Sedan and RM4,500 more over the Touring.

Just like the rest of the Mazda6 range, this diesel variant is fully imported from Japan and its equipment list mirror that of its petrol siblings. It’s powered by a 2.2-litre four-cylinder twin scroll turbocharged engine, but despite the smaller displacement, it weighs about 69kg more than the 2.5-litre Sedan. This is because diesel engines generally require denser and tougher steel to withstand the additional pressure.

The engine itself is quite an engineering triumph, outputting nearly as much power as its petrol counterpart (173 hp compared to the petrol’s 185 hp) and close to twice the amount of torque – all 420 Nm of it available from 2,000 revolutions. These are impressive numbers, especially considering the low compression ratio of 14:1.

Mazda explains that the low compression ratio helps reduce overall engine weight and friction, while at the same time improving durability and combustion efficiency. The chassis is identical to the sedan, with MacPherson struts at the front and multi-link setup for the rear. It sits on the same 19-inch wheels as well, shod with 225/45 series Bridgestone Turanza rubbers.

On the safety side, the Mazda6 scores a full 5-Star Euro NCAP crash safety rating, all thanks to Mazda’s Skyactiv-Body, six-airbags and a raft of i-Activsense safety features. Here are some, just to name a few – Lane Departure Warning System, Blind Spot Monitoring System, Rear Cross Traffic Alert, Smart City Brake Support (front and rear brakes), Lane Keeping Assist and Tyre Pressure Monitor. The only thing absent from the Mazda6 diesel is the i-Eloop regenerative braking system, which isn’t a big loss in our books.

Again, the Mazda6 2.2L Skyactiv-D sits at the top of the model range, and costs just shy of RM204k. All purchases come with a 3-Year manufacturer’s warranty (not to be confused with distributor warranty), as well as a 3-Year free maintenance package. The pricing puts the Mazda6 directly against some other formidable makes, such as the Ford Mondeo and Peugeot 508 GT. Which would be your RM200k pick, dear readers?