Home News Audi TT RS gives you performance of an R8 for a fraction... If the Audi TT and TT S aren’t enough to fulfil your need for speed, then Ingolstadt has just the right TT for you. Enter the TT RS – a peppy two-door coupe that will leave the Porsche 718 Cayman S in the dust!

Unveiled simultaneously for the first time in Beijing and London, the TT RS is offered with both the coupe and roadster variants. Power comes from a reworked turbocharged 2.5-litre five-cylinder engine (now lighter too) putting out a monstrous 400 hp and 480 Nm of torque!

Only a seven-speed S-tronic dual-clutch gearbox is available, though. It’s quite an athletic breed as well, sprinting from 0 to 100km/h in just 3.7 seconds before maxing out at 278km/h. The roadster variant is 0.2 seconds slower at 3.9 seconds. Just like the second-generation R8, the faster and more hardcore TT RS Plus should be introduced soon.

The TT RS offers good value as well, commanding a starting price of £50,000 (approximately RM283,000 based on today’s conversion rates), which undercuts the R8 by more than half the price (in the UK, that is). In Malaysia, the standard TT can be had at RM284,900 while the TTS is an extra RM106,000 more. At the rate we’re going, expect the TT RS to make its Malaysian debut in the future.

Also, do check out our review of the TT! 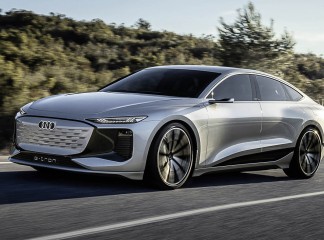