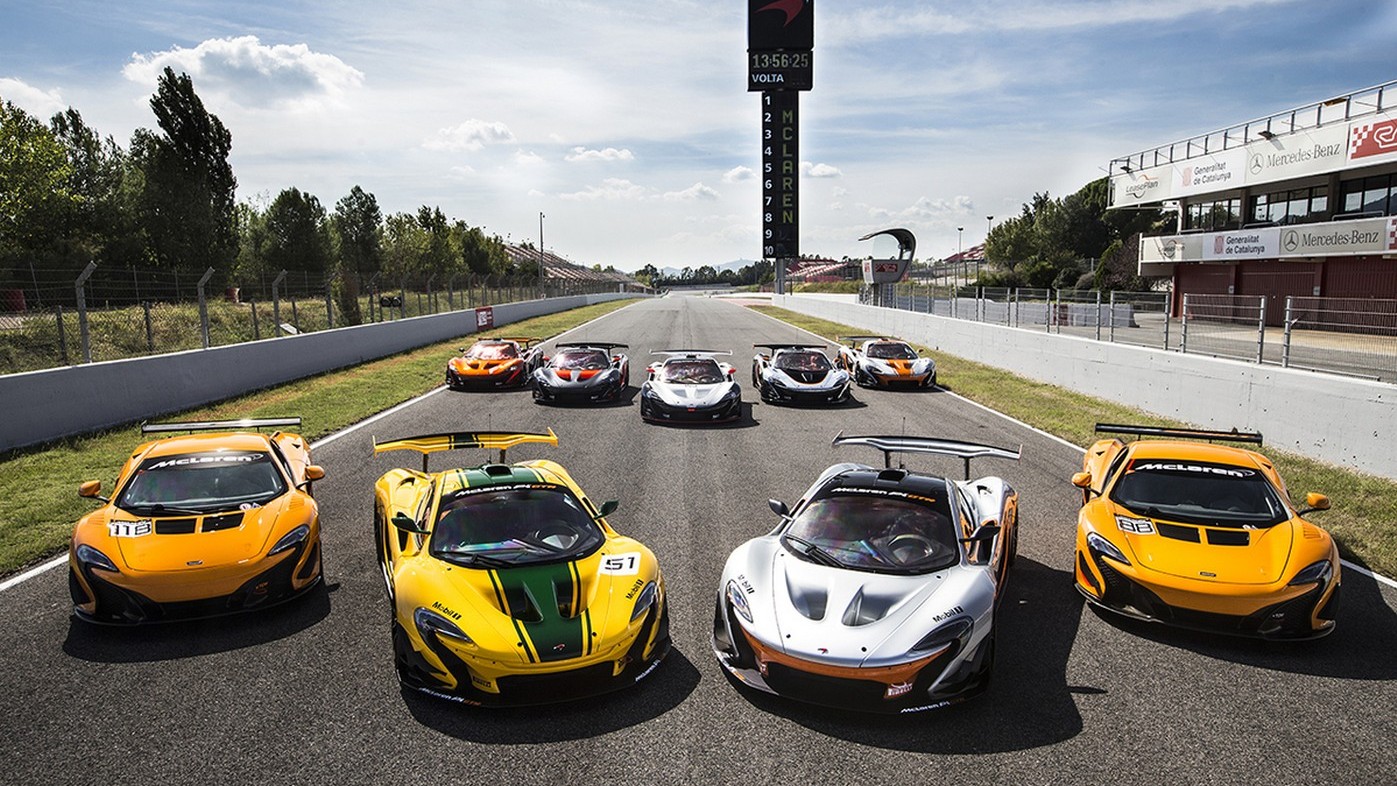 The world’s most exclusive McLaren owner experience has taken to the track for the first time at the Circuit de Catalunya in Spain. It’s called the McLaren P1 Driver Programme, and the debut event saw seven primed examples of the track-only model let loose. Each lucky owner got behind the wheel of the most powerful model ever produced by McLaren with the support of a dedicated pitcrew.

A few weeks prior to this, we brought you news of this ultra rare billionaire-gentleman racing club and the best part of it was that Bruno Senna, nephew of legendary F1 driver Aryton Senna, was named the ‘driving coach’ and instructor. The programme has been designed to prepare each driver mentally and physically to allow them to fully exploit the abilities of the McLaren P1 GTR, which, mind you, produces 1,000 PS or 986 bhp and runs on race-proven Pirelli slick tyres.

The programme is completely bespoke, with each individual having a fully-tailored experience, working closely with a support team from McLaren Spec Ops (MSO) division comprising authentic professionals that have operated within the rarefied world of professional motorsport. In terms of personalisation, you can even custom your own livery and decals to your liking. And how bout this – the GTR is even air conditioned to keep drivers cool and comfy. Fair enough, considering you just plopped out two million of the Queen’s Great British Pounds, sweating profusely would be a major faux pas.

One would imagine if you were a billionaire and were part of this uber-exclusive club, that racing around a single circuit would be the utter definition of boring and mundane. But because they’ve paid so much money for the P1 GTR, the contingent will be coming to our very own Sepang F1 International Circuit, Circuit of the Americas (North America), Silverstone (UK), Autodromo Nazionale Monza (Italy), Red Bull Ring (Austria), Spa-Francorchamps (Belgium), Bahrain International Circuit (Bahrain) and Yas Marina (Abu Dhabi). We for one cannot wait to see these monsters get flailed around Sepang in the flesh.