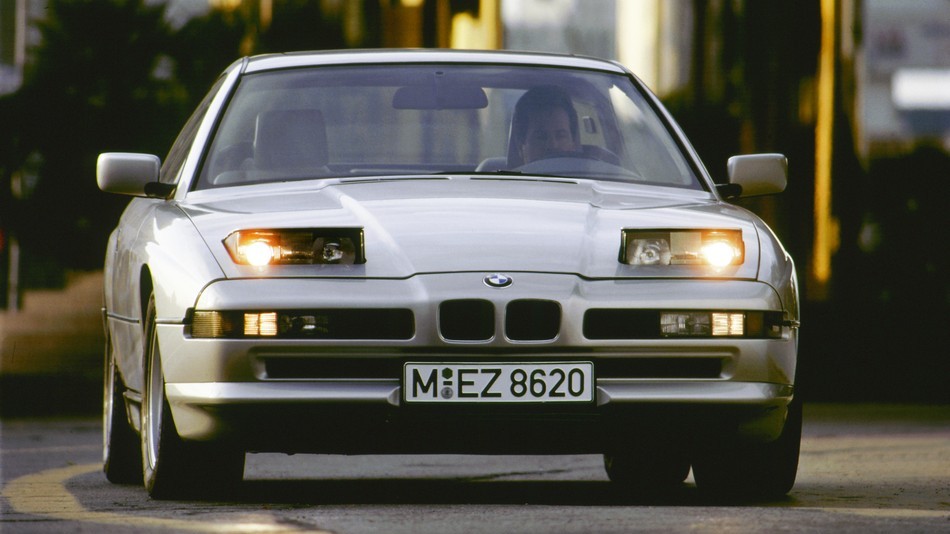 A quarter century ago, the Bavaria’s motormeisters headed out toward GT country when they rolled out the BMW 8 Series in 1989. The project, code named E31, was originally penned in 1986 by legendary designer Klaus Kapitza, at a cost of over RM3 billion.

In September 1989, BMW showed the world just what their idea of a Grand Tourer was, dismissing the notion that the 6 Series was the company’s flagship coupe to munch the miles down the deutch autobahn with a capped top speed of 250 km/h. For that matter, the 8 Series was the second car in Germany’s post-war history to feature a V12 engine after the E32 750iL.

It’s been 25 years now, and as such, owners from 8 Series clubs across Europe came together at the BMW plant in Dingolfin to celebrate the occasion. Nearly 260 prime examples of the breed were parked outside BMW’s museum for a rather special photoshoot.

The 8 Series came in a few variants, but at its heart, it came with two choices of engines. One could specify either an M60, 280 hp 4.0-litre V8 in the 840Ci or the range topping 300 hp M70 5.0-litre mill powering the 850i when it debuted at the end of the 80s. That engine made 450 Nm of torque and did the century sprint in a mere 6.8 seconds. Throughout its lifecycle, there has been numerous upgrades carried out on the engine, gearbox and other components.

The 840Ci had a transplant in the mid of 1995 to the 4.4-litre M62 V8 engine that produced more torque and delivered better fuel economy, however power figures remained largely unchanged. A year before that, BMW shoved the 5.4-litre M73 V12 engine into the newly named 850Ci which produced 322 hp.

Around the time, BMW toyed with the idea of an M-Sport version of the 8 Series that could go against Ferraris. Speculation arose as to the development of such a beast, but BMW squashed the idea simply because there was no market for the M8. But just before doing so, the S70/1 engine from the McLaren F1 was fitted into all but one example, with a projected output of 550 hp. The engine even came with experimental multi-valve cylinder head technology – highly advanced for its time. The car was kept under lock and key until it was shown at a convention in California in 2012.

The BMW 850CSi therefore was crafted in place of the M8 model. It featured an S70 engine that made 381 hp and 550 Nm of twist while displacing 5.6-litres. The sprint time was wrapped up in under 6.0 seconds. In keeping with the sporting heritage, the 850CSi came mated exclusively to a six-speed stick shifter. It was also fitted with BMW’s Electronic Damper Control which made it a symbiosis of power and comfort. BMW had, at this point in time, perfected the Gran Tourer recipe.

In the mid 90s, British artist, David Hockney used an 8 Series to breathe life into one of his artistic visions in conjuction with the BMW Art Cars series. When production ended in 1999, approximately 30,621 examples of the BMW 8 Series were produced with a handful of them being lavishly hand-built in South Africa. Fans of the 8 Series often look to the BMW i8 as a modern day reincarnation of the legendary Munich-born GT car. But as history goes, the 8-er will always hold that special place among enthusiasts. And oh, did we mention that there are a few here in town?