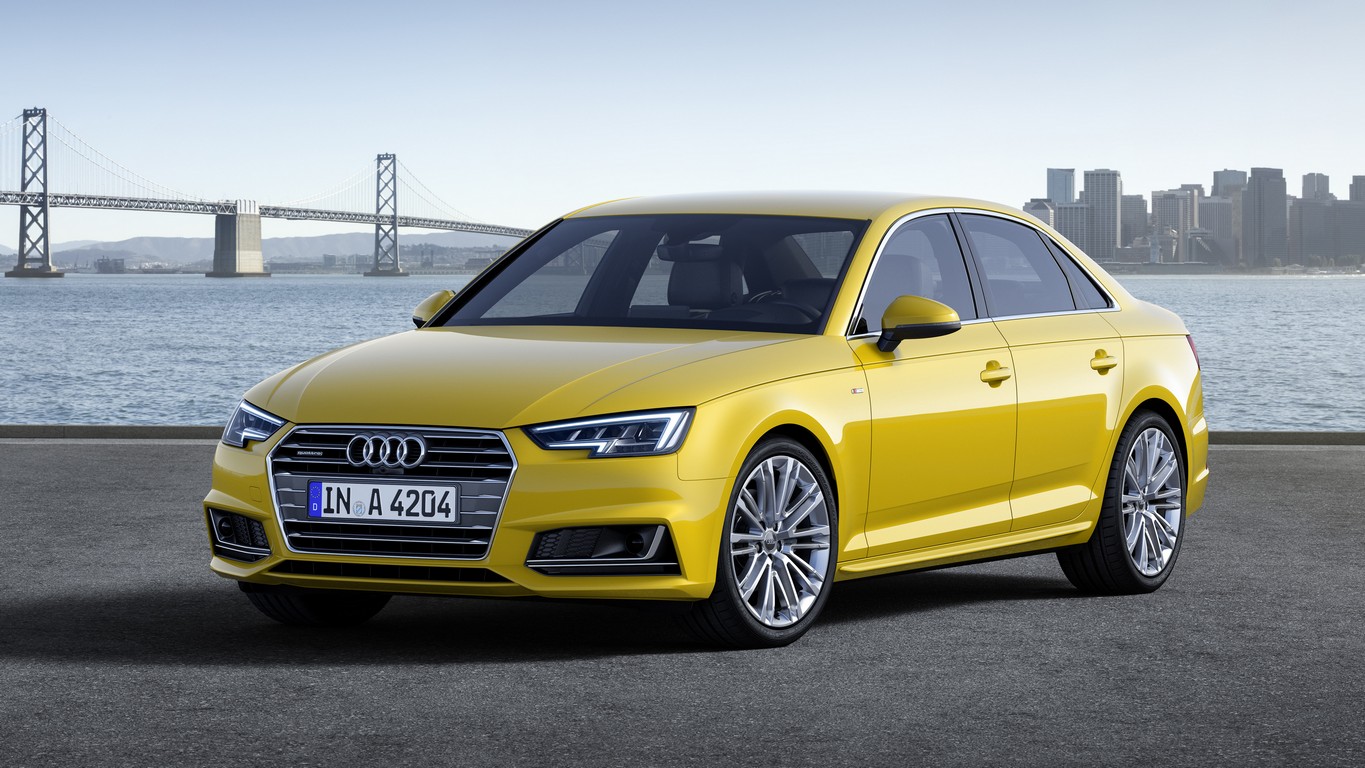 Trust us, you’re looking at the all-new Audi A4 here. The conservative styling might trick you into thinking it’s a mere facelift, but the familiar styling hides a larger overall profile and cutting-edge technology to battle against the BMW 3 Series and the Merc C-Class.

It has been more than two decades since the first generation B5 A4 rolled off Audi’s Ingolstadt plant in 1994; now Audi’s compact executive is entering its fifth generation with the introduction of the B9 A4. It might not look like it but the new A4 is bigger than before but at the same time it’s lighter by up to 120 kg as well.

Is it really the new A4? Of course it is, the sharp headlamps are the dead giveaway, and they can be had with LED or the snazzy Matrix LED innards for better illumination. From the side it’s even harder to tell, but the side mirror stalks are now mounted on the doors instead of the corner of the front windows. The back looks, well, familiar, but there’s a more sculpted pair of tail lights and additional light features lower down on the bumper as well.

Believe it or not, Audi has poured in a lot of effort with the design to achieve the lowest drag coefficient value possible. The bits like the above-mentioned side mirror stalks position, the front intakes that regulates the air flow over the wheels, and the aerodynamically-optimised underbody help to achieve the Cd value of 0.23 for the Sedan and 0.26 for the Avant.

The grown dimension translates to a roomier interior, freeing up more head room, shoulder room, and rear passengers’ leg room while the A4 Avant offers even more space at the back, ranging from 505 litres to 1,510 litres with the back seats folded down.

The lavish use of horizontal lines also help to increase the impression of more space inside the cabin. The dashboard appears to be stretched lengthwise, especially with the use of the continuous air vent strip on the passenger side.

The stunning 12.3-inch Audi virtual cockpit that debuted in the TT is available as an option, but there’s still another MMI screen on the dash that measures up to 8.3 inches to display the navigation and infotainment info. Controlling the MMI screen is via the rotary controller with optional touch function. There’s also a smarter voice control system that’s claimed to be able to understand the normal everyday speech.

An Audi phone box under the center arm rest utilises near-field communication (NFC) connectivity with wireless charging and it supports Apple and Android operating systems. More options include a Head-Up Display, ambient lighting with up to 30 colours, a Bang & Olufsen Sound System with 3D sound, and also Android-based 10.1-inch tablet for the rear passengers.

A choice of three petrol and four diesel engines (all turbocharged) are provided, driving either the front or all four wheels via a selection of a six-speed manual, seven-speed dual-clutch S tronic, or an eight-speed tiptronic gearboxes.

Fitted as standard is the attention assist that alerts distracted drivers and Audi pre sense city that warns and brakes the car when it senses imminent collision. It can be enhanced with the Audi pre sense basic that helps to tighten the seatbelts, close the windows, and activate the hazards lights whenever it detects unstable driving conditions.

Making use of the sensors and radars around the car, the new A4 can be a semi-autonomous driving vehicle when fitted with the optional Stop&Go adaptive cruise control including traffic-jam assist. There’s also a lane departure warning system called the Audi active lane assist and Audi side assist, while the rear cross-traffic assist, collision avoidance assist, and parking assist are some of the new systems available as option.

The A4 Sedan and the A4 Avant is set for a European launch this fall, and later next year Audi will launch the A4 Avant 2.0 TFSI g-tron that can run on compressed natural gas (CNG) or Audi e-gas that produces 170 hp and 270 Nm, but we all know that you’re eagerly waiting for the hotter S4 and the RS4 models, right?