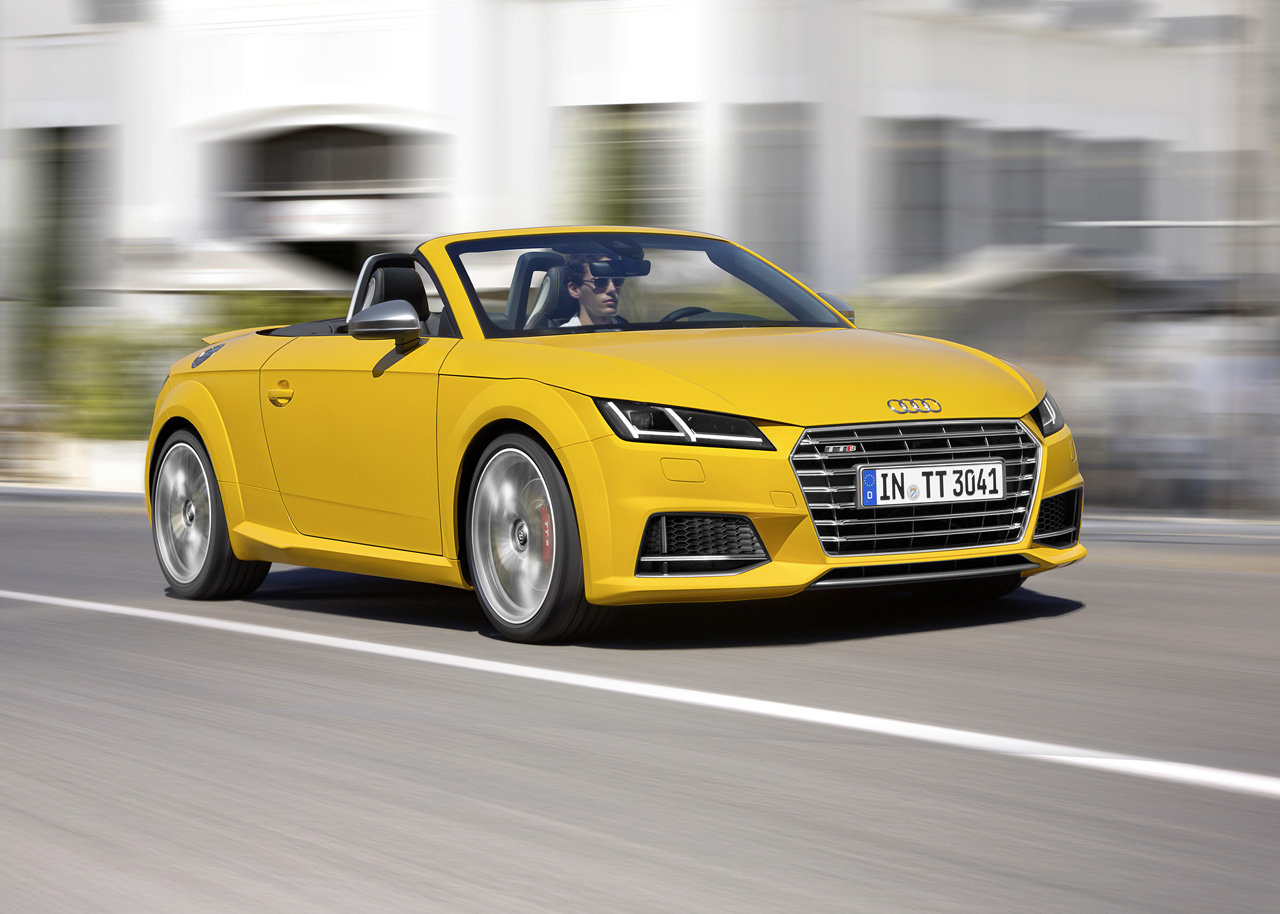 Following the reveal of TT Coupe back in March, Audi now introduces the topless version of the TT in two variants, TT Roadster and TTS Roadster. Essentially a TT Coupe with the roof chopped off, the TT Roadster sits on the VW Group’s infamous MQB platform. Since it’s based on the TT Coupe, the TT Roadster inherits the Coupe’s good looks.

Everything bar the roof is similar to the Coupe. The front features the same singleframe grille and sharp headlamps with trademark daytime running LED pattern. Full-LED headlamps are optional, while the new Matrix LED headlamps will be available shortly after the official launch. The LED taillamps are standard fitment, as well as a pop-up rear spoiler that retracts from the boot lid from 120 km/h onwards.

The convertible fabric top operates automatically, opens and closes in just 10 seconds at speeds up to 50 km/h. When the top is down, it folds into its own aluminium tray so it doesn’t intrude into the 280-litre bootspace. Available in a choice of black, titanium gray, and jive, the top weighs 3 kg lighter than the one on the previous TT Roadster.

Extra strengthening have been put into the TT Roadster’s body which includes a solid steel tube in the A-pillar, steel ribbing in the aluminium sills, and V-shaped steel struts below the engine compartment. There’s also a couple of steel roll-over bars behind each occupant’s head.

Unlike the TT Coupe that sits four, the TT Roadster only accommodates two on board, featuring the smart interior found on the TT Coupe. The interior theme is aviation-inspired, instrument panel that’s claimed to resemble the wing of an airplane, and the jet engine round air vents that incorporates the aircond controls. The driver can choose from Comfort, Auto, Dynamic, Efficiency, and Individual mode from the Audi drive select which alters the characteristics of the engine, steering, dampers and gearbox.