It seems to be in fashion now that every reputable metropolis needs to be invaded by some sort of Monster. In the case of our beloved KL city, Ducati Malaysia has unveiled yet another romping & stomping Monster. Bigger & meaner than those before. Right here at Monkey Garage Café, Bangsar, the Ducati Monster 1200 & Monster 1200s were unleashed for citizens of the biking community & the media to behold its power and beauty.

Recognising the need to satisfy Malaysian Monster fans with even more monstrosity,  Datuk Wira Hj SM Faisal Tan Sri SM Nasimuddin, Joint Group Executive Chairman of Naza Group of Companies states that “ We are aware that there are still enthusiasts who want something more serious which is why we have decided to bring in the Monster 1200”

Being the more serious track machine of the Monster family, the Monster 1200 is still everything a Monster should be. Naked Performance bike, the unmistakable Trellis frame, the Monster really requires no further introduction as it has been an iconic motorcycle right from birth in 1992.

This incarnation of the Monster has a wheelbase that’s longer by 60mm for greater stability, handle bars 40mm higher & likewise, 40mm closer to the rider. Creature comforts include a height-adjustable seat that can be set between 810mm standard ride height all the way down to 745mm. A feature that’s a first for Ducati and has the lowest seat height ever. This is something most Malaysian bikers will be very pleased with. With better handling & rider ergonomics, this beast is surprisingly… friendlier than its other cousins.

However, do not mistake it’s improved manners for a lesser machine as it now packs a whopping 135hp @ 8,750rpm & 118Nm of torque @ 7,250rpm. The heart of this Monster is a 1198cc Testastretta 11º Dual Spark (DS) Ignition engine derived from the legendary 1198 Superbike.  Yes, Dual Spark means TWO plugs per cylinder for a more efficient combustion in a shorter time. Engine management also dedicates a lambda probe to each header for precise fueling & electronically controlled mid-section valve in the exhaust system ensures optimal exhaust pressure throughout the rev range.

Other evolutionary changes to this Monster include constructing the chassis in a similar method used in the Panigale Superbike where the frame’s attachment points move directly onto the new engine’s cylinder heads. This compact frame design and large diameter steel tubing enables greater torsional stiffness than before. All of this in a 182kg package, just 15kg heavier than it’s 167kg Monster 796 brother.

The Monster 1200 is also equipped with a state of the art 1199 Panigale inspired full-TFT instrument panel. The display’s configuration is variable and automatically adapts to variations in environmental light, also changing according to the selected Riding Mode or is fully selectable by the rider. With all these technology as standard, this Monster takes great care to protect its master.

Ducati takes great pride in its product quality & reliability which is reflected in it’s convenient 30,000km major service interval. With this, the Monster 1200 is not only a worthy opponent on track day but also a reliable every bike. 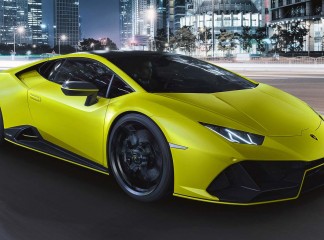 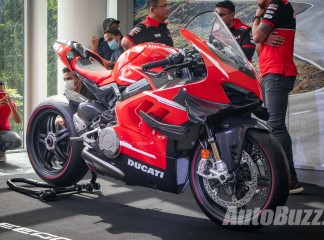 The Ducati Superleggera V4 costs RM888k, and the only one currently in M’sia has already been sold