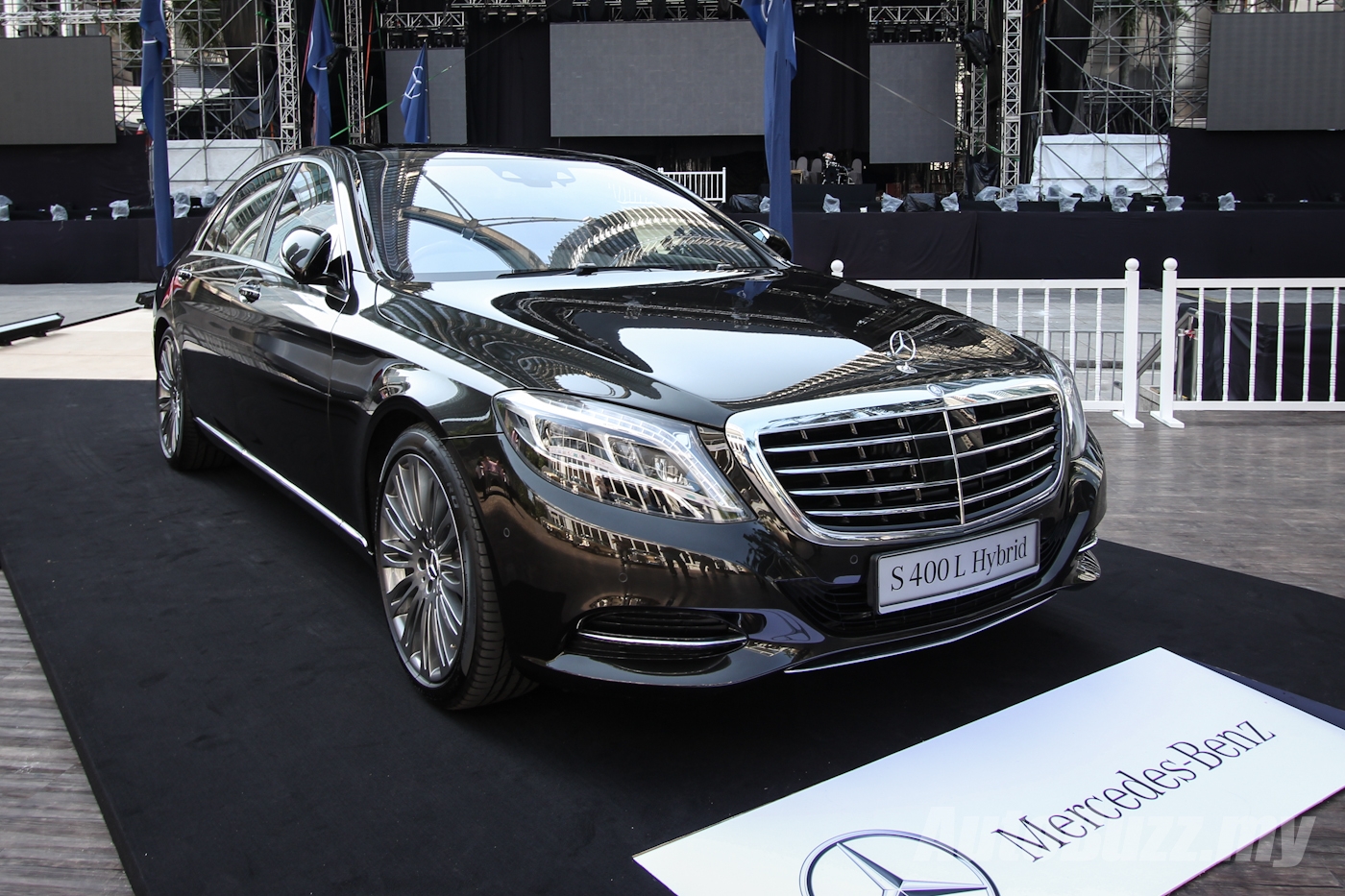 Mercedes-Benz Malaysia has brought ‘the best car in the world’ to Malaysia, it is the all-new Mercedes-Benz S-Class. Developed with “Intelligent Drive”, “Efficient Technology” and “Essence of Luxury” as the priorities, the launch of Mercedes-Benz flagship model today has seemed to raise the bar higher for luxury motoring. The new S-Class entourage consists of the S 400 HYBRID, S 500 and S 63 AMG.

It has been 50 years since the first S-Class, which was called the Ponton W180, was first introduced in 1954. The name “S-Class” was only used in 1972 when the W116 model came about then. The name “S-Class” or “S-Klasse” in German is an abbreviation of “Sonderklasse,” which means “special class”. With the technologies fitted in today’s S-Class, many ‘first in the world’, it is very special indeed.

Let’s start of with this impressive fact. The all-new S-Class, codenamed ‘W222’, is the first car in the world to use only LED for its interior as well as exterior lighting system. Not even one bulb is used in the car. Almost 500 LEDs are used to show you the way on the road and to light up the cabin and boot. To be exact, up to 112 of them are fitted in the headlights, 70 in the rear lights and 300 LEDs for interior lighting! With these LED lights, the intensity of the brake lights is reduced at night or while at a traffic standstill. Again, that’s the first in the world.

The overall shape and design of the car may not have strayed far from the previous W221, which makes it recognizable as the S-Class. Especially with the front grille design on the face. Once you walk alongside this car, it does feel like a yacht, a luxury yacht that is, due to its sheer size. From the long hood, domed roof line, right until its slanting rear end.

Interior
Things get better inside the car. Firstly, you are greeted by two high-resolution 12.3-inch TFT screens in 8:3 format. Not a single needle used here. The one on the right shows driving stats and information for the driver. On the left side, infotainment and comfort functions. Buttons and switches, with metalized surfaces and solid aluminium touches, that control the screens are as impressive as well.

The already comfortable leather seats are made even better with the Energizing massage function, which is the first in the world. These seats are able to provide hot-stone massages via its 14 separate actuated air cushions in the backrest with warming ability.

The ‘executive seat‘, which is behind the passenger seat in the long wheelbase-model give the largest backrest inclination in this luxury segment, increased from 37 to 43.5 degrees. Together with the adjustable calf support and heel rest on the folding chauffeur seat in front, it will be like flying first class, on the road.

Mercedes-Benz now offers the Air-Balance package that includes a world first ‘perfuming system‘, ionization and efficient filtration. The world first perfuming system allows selections of perfume for different occasions or moods, which can be switched on and off manually, or adjusted manually for its intensity.

Performance
The W222 comes in three different models, featuring one hybrid and two petrol variants, all come with improved fuel efficiency. 20 percent lower than its predecessor. Starting of with the S 400 HYBRID, it is powered by a 3.5-litre V6 CGI engine and a electric motor, producing 306 horsepower and 370 Nm of torque; and 27 hp and 250 Nm of torque respectively. Paired with the 7G-Tronic Plus gearbox, acceleration figure is at 6.8 seconds, with top speed of 250 km/h.

The W222 comes with world’s first suspension to ‘see’ bumps and potholes on the road ahead. The Magic Body Control prepares the car for bumps and potholes ahead by setting up the suspension, providing the utmost comfort to its occupants over various terrains. It is however only an option for the V8 models. Fitted as standard are the continuously operating Adaptive Damping System (ADS Plus) and an enchanced version of the full air suspension system (Airmatic).

Safety
When is comes to safety, the new S-Class is said to be well-equipped with all possible safety features. Here’s are some of them.

What else…
Even before the car is launched in Malaysia, and with unconfirmed price tags, orders are already coming in for ‘the best car in the world’. The number is estimated to be around 200 orders as of today. That’s 200 ‘bosses’ waiting to fly first class on the road in their new ‘dreamliner’. Prices are still at an estimation and customers are allowed to customize the car on options and accessories.

Why is the Mercedes-Benz S-Class W222 ‘the best car in the world’? Kai Schlickum, Vice President of Sales & Marketing at Mercedes-Benz Malaysia said, “anything that is possible in today’s automotive industry is already fitted the new S-Class”.