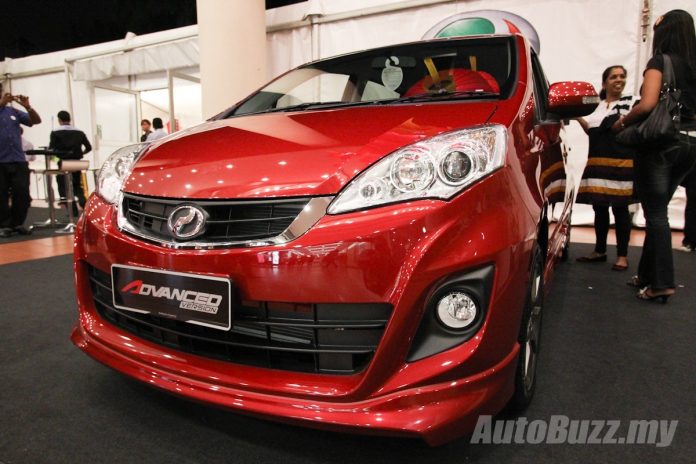 Perusahaan Otomobil Kedua, Perodua launched its face-lifted and improved MPV, the New Perodua Alza at One Utama shopping mall today in a fashionable manner. All three models namely Standard, SE and Advanced Version of the New Perodua Alza now come with more equipment yet more affordable than the previous Alza.

The launch event at One Utama Shopping Mall was quite a spectacular affair with the involvement of media, public and a grand stage. Despite all that, changes on the new Alza are mainly cosmetic as they still run on the same 1.5-liter engine with DVVT that produces 103 horsepower and 135 Nm of torque.

However, there are two good news to celebrate; Perodua is extending the 3-year Free Service programme it offered last year to mark its 20th Anniversary celebration. This offer applies to all Perodua vehicles purchased in 2014. The other good news is, Perodua is pricing the new Alza lower than the previous one. Meaning, you pay less and get more!

Prices for all three Alza models have gone through price reduction from 2.1% to 7.4%. This is an afford from Perodua and its vendors to produce a competitive MPV in Malaysia. Refer table below for the price comparisons of the previous Alza and the New Alza.

Perodua said all-in-all the added improvements into each new car is worth about RM4,000, making it a great value to their customers. One of the standard features that come in all models is pre-installed security tint, Perodua’s answer to the rising cases of smash and snatch. To better explain the new features in this new Alza, the following are images of the new features and improvements.

Retractable Side Mirror (Advanced Version Only)

Arm Rest with Compartment (Auto Only)

Since the introduction of the MPV in 2009, Perodua had sold 167,000 units of Perodua Alza. Making it the best-selling MPV in Malaysia. Perodua is expecting a double digit growth this year, like all the previous years. This new Alza has proven to be a hot MPV in Malaysia as Perodua has received 5,000 booking in just 21 days from the day it was opened for booking in December 20th. The New Perodua Alza, the Alza for everyone does seem like a great value for money. For more information, visit Perodua’s official website.

Do enjoy the images below of the launching coverage and video gallery.