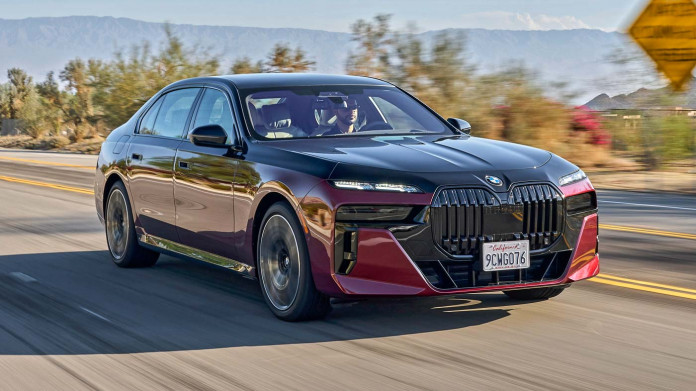 BMW has unveiled a new hands-free driving feature on highways in the United States and Canada, dubbed Driving Assist Plus, which is enabled by the use of HERE’s HD Live Maps in its cars.

The high-definition mapping system provides accurate lane-level additional information, including road geometry, route profile, and traffic signs, to further support the sensors on-board BMW’s cars, letting the vehicle know exactly where it is on the road, and what road features lie ahead.

With the new system, which will be rolling out first on the all-new 7 Series in the region and later to other models, drivers will be able to remove their hands completely from the steering wheel at speeds of up to 85 mph (137 km/h) while driving on interstates and highways.

In addition to keeping the car in the lane completely unassisted, the all-new BMW 7 Series will also come with an automatic lane-change system. However, as the system still requires the drivers to immediately take over control, the carmaker is branding it as a SAE Level 2+ automated driving system, instead of SAE Level 3 like the Mercedes-Benz EQS offers.

After the initial roll-out, the companies said that the Level 2+ system will also eventually be expanded to “all types of roads” in the future, in addition to just highway driving.