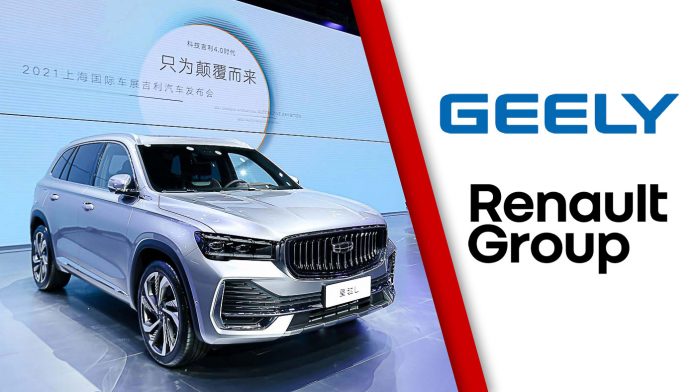 Geely Group and Renault Group have officially inked a new deal to develop new hybrid and pure-ICE models for the South Korean market as well as export sales. As part of the agreement, Geely will license its compact modular architecture (CMA) platform and powertrain technologies to Renault Samsung Motors (RSM).

The CMA platform was jointly developed by Geely and Volvo under their China Euro Vehicle Technology (CEVT) R&D outfit. The modular architecture made its debut in 2017 on the Volvo XC40 crossover, and has since seen use in a variety of other models under Geely Group brands, including the Polestar 2, Geely Xingyue L, and a slew of Lynk & Co models.

According to the press release, Renault and RSM meanwhile will contribute in terms of design and “customer experience”, as well as the production of the vehicles at the RSM facility in Busan, South Korea.

“Geely has a proven track record in creating mutually beneficial collaborations that focus on technology, experience and shared ideas with the ultimate goal of creating higher quality, more sustainable products. We are looking forward to working with Renault and realizing new synergies that combine strengths from both parties to create value for the end user,” said Geely Holding Group Chairperson, Eric Li.

“We are happy to initiate such an innovative partnership with Geely Group, which has an impressive track record in Automotive Industry. Through this project, Geely Holding and Renault Group pave the way to pursue 20 years of successful RSM journey and contribution to the South Korean industry,” added Renault Group CEO, Luca de Meo.

The partnership was first announced back in August of last year, when the companies signed a Memorandum of Understanding (MoU) to explore the joint venture.

Renault has previously ended its partnership with Dongfeng Motors and exited the Chinese market due to poor sales; it is understood that the products from this new Geely-Renault tie-up could also be exported to China as the French marque hopes to regain some foothold in the region.