Apart from the lack of charging infrastructure, charging the battery of an electric vehicle (EV) is the next hurdle in EV adoption.

Currently, public wallboxes in Malaysia takes close to two hours to fully charge a plug-in hybrid vehicle. Even with a 50kW DC quick charger, the Nissan Leaf still requires 50 minutes to reach full charge, while the larger battery in a Porsche Taycan will reach 80% capacity with a 175 kW high-performance charger in half an hour. For the record, China has an average of two high-performance chargers per 10 square-km area, similar to Germany.

Geely, through their research and technology arm called Geely Technology Group, unveiled modular battery swapping stations in the Chinese provinces of Chongqing and Shandong back in September 2020.

Geely has finally produced a video of the entire battery swapping process in real-time (and with an English speaker). The smartphone app not only lists the nearest battery-swapping station, but also the quantity of batteries that are fully charged. Currently, the pilot programme only performs battery swapping on the Maple 80V, an EV version of the Geely Jiaji seven-seater that is used in the Geely-owned Caocao mobility service provider.

Each station is designed on a space of 1,360 sq ft, covering 12 parking bays (6 by 2) and made to be easy to set up. The swapping process is similar to an automated car wash, where the driver is guided to the specific spot and patiently wait inside the car. Thanks to the smartphone app plus number plate recognition system, security and payment is done wirelessly and unmanned.

The process is done in a synchronised manner, with the vehicle being lifted, the 53 kWh battery pack disconnected from the chassis while a fully-charged battery is being prepared. Once the depleted battery is placed on the awaiting tray, the following tray with the fresh battery is ready to be installed to the Caocao Maple 80V taxi.

The narrator, who is familiar with Geely operations, said the wires, walls and other fittings are fire-retardant, together with a heap of sensors to detect the breakout of the smallest fire. In a separate section of the station, automated battery inspection and fast charging is handled.

Geely Technology Group has tested all the swapping equipment plus fast chargers to ensure the station has a minimum service life of 10 years.

These Geely battery swapping stations open new pathways to an electrified future. With swappable batteries, the battery as a service (BAAS) business model becomes a viable option to support and encourage the adoption of EVs.

Separating the cost of batteries from the cost of the vehicle will help make EVs more cost-competitive than ICE models sooner as well as boost EV resale value as consumers worry less about battery degradation. In China, as well as all over the world, many apartments and condominiums still live without the necessary charging facilities for electric vehicles. With these stations, the inconvenience of charging is eliminated in just 60 seconds. 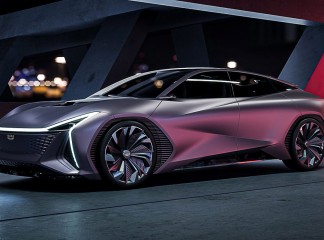 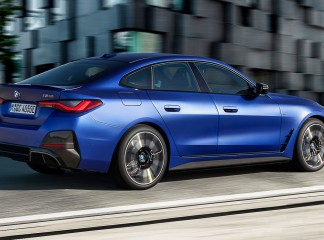