The all-new Mercedes-Benz S-Class has just been officially introduced in Indonesia, making it the second market to receive the new model in our region after Singapore. The all-new luxury sedan is only available in one variant in the archipelago, in the form of the V223 (long-wheelbase) S 450 4Matic Luxury.

Being the flagship model in the Mercedes-Benz line-up, the all-new S-Class comes with pretty much all of the bells and whistles you can find. On the outside, these include the fancy Digital Light headlight system, which uses 1.3-million micro-mirrors to direct light – and even project images – onto the ground ahead, as well as the LED tail lights.

Other exterior features include the pop-up door handles, ginormous panoramic sunroof, as well as 20-inch ten-spoke alloy wheels, wrapped in run-flat tyres that even come with foam absorbers inside to reduce rolling noise!

Inside, the all-new model sticks true to its S-Class reputation by offering a boatload of new features and tech as standard. Most importantly of all though, is the new second-generation MBUX infotainment system in the centre, which controls almost every single aspect of the car.

The central screen is now in a vertical orientation, measuring 12.8-inches in diameter; the driver gets another screen behind the wheel that acts as the digital instrument cluster. Even the rear passengers – which the car can fit two – each gets a screen for themselves, plus a centre control tablet, totalling up to five discrete screens in the interior.

We’ve gone into a lot more detail about the new spaceship-esque MBUX system before, so be sure to check out the full rundown here.

Being a Mercedes-Benz S-Class, and even more so on this LWB variant, the main focus here is of course the rear passengers. As mentioned above, there’s only space for two passengers here, each getting an electrically-adjustable executive seat, separated by a centre console akin to first-class aeroplane seats which houses the aforementioned control tablet.

And to make sure that the rear passengers get the most luxurious, lounge-like experience, the all-new S-Class also comes with the fancy active ambient lighting system, designer belt buckles, and electric sunblinds on all rear windows. Even the doors can be closed by themselves – yes, just like a Rolls-Royce!

Powering the massive luxobarge is the M256 turbocharged 3.0-litre straight-six engine, which outputs 367 hp and 500 Nm of torque, with power sent to all four wheels via the 9G-Tronic automatic transmission. As an added trick up its sleeve, the S 450 in Indonesia also comes with the EQ Boost 48V mild-hybrid system, providing an extra 22 hp and 250 Nm of motivation when needed.

As a result, the century sprint can (but probably shouldn’t) be completed in just 5.1 seconds, onward to an electronically-limited top speed of 250 km/h. Airmatic air suspension are standard-fit item, allowing the all-new S-Class to float on the roads in ultimate comfort.

The all-new Mercedes-Benz S-Class in the sole S 450 Luxury form is priced at IDR3 Billion (~RM883k) in Indonesia, with deliveries slated to begin next month.

With our neighbours all getting their hands on the all-new S-Class, we’d wager that the new luxury sedan will soon also make its way onto our shores – so do keep an eye out on AutoBuzz.my as we bring you the latest developments! 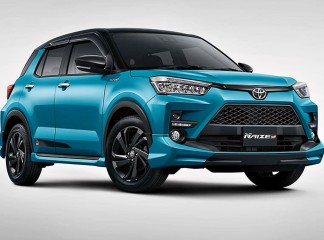