Kia has just given us a first look at the upcoming EV6, the company’s first dedicated fully-electric model. Full details about the car won’t come until its launch later this month, but the Korean carmaker felt it was necessary to give the design some spotlight, as the EV6 will be headlining Kia’s new design language, which will be used on all future models.

The new look is called “Opposites United”, and is said to be inspired by “the contrasts found in nature and humanity”, utilising a combination of sharp stylistic elements and sculptural shapes. And as is usual in a design language launch, the photos were accompanied by a huge wall of text explaining the “philosophy” behind the new design.

Kia says the new look is based on five key design pillars: ‘Bold for Nature’, ‘Joy for Reason’, ‘Power to Progress’, ‘Technology for Life’, and ‘Tension for Serenity’. They did go into more details on what each of these catchphrases mean, but we really just wanted to look at the car.

Up front, Kia has redesigned their signature “Tiger Nose Grille” specifically for the electrified era, into what’s now called a “Digital Tiger Face”, formed by the unique headlights and daytime-running lights, joined together with a piece of slim grille-like plastic bit across the face.

Below that, a large lower air intake helps visually widen the front of the car, and also apparently “accentuating its high-tech image”. The air intake helps optimise air flow from the front, with air channelled through and under the car’s flat floor.

Just like the Hyundai Ioniq 5, which shares its underpinnings with this car, the EV6 also gets a crossover-inspired profile especially when seen from the side. But while the Hyundai gets a wilder character line on its side, the EV6 is relatively sleek and simple, with a single sharp character line contrasting the rounded body panels, or in Kia’s words, creating “a sense of tension”.

One of our favourite touches on the car are the two parallel lines that wraps around the bottom of the entire car, slowly curving upwards on the side skirts across the rear wheel arches to lead into the arched tail lights – perhaps the car’s most unique feature.

Inside, Kia promises more space for the passengers thanks to the new E-GMP platform. In terms of design, the interior of the EV6 gets a fairly clean and modern look, characterised by the large floating curved display panel, housing both the digital instrument cluster and infotainment display.

The company says that the “simple form language” of the wide curved screen and the slim dashboard gives the interior space an open feel, while the width of the screen creates an “immersive experience for the driver”.

Kia was particularly proud of the fact that they’ve jettisoned most of the physical buttons in favour of haptic touch-based ‘buttons’, as seen on the HVAC control panel underneath the central air vents, saying that it provides an “uncluttered and soothing driving experience”. We can’t say we feel the same; the ‘buttons’ will probably be hellish to use while driving. 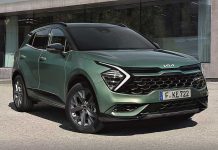 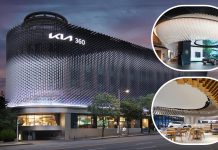 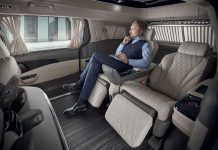