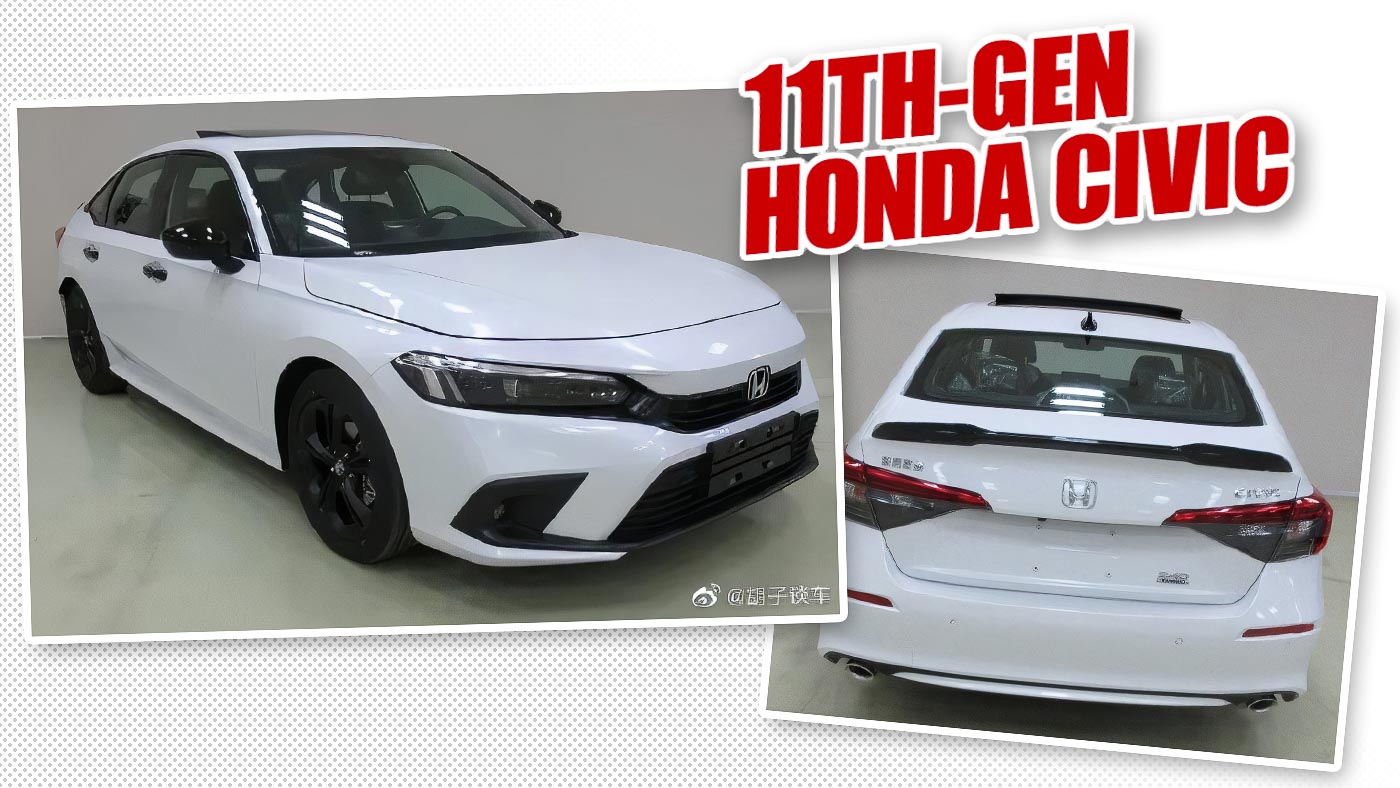 When Honda showed-off the design of the next-generation Civic last year, they made it very clear that it’s still a “prototype”, which means the actual car might not even look anything like it. But based on the latest leaked photos we’ve obtained here, it seems like the final production-ready model of the all-new Honda Civic doesn’t actually stray too far from it!

These photos here – shared heavily on the Chinese social media website Weibo – are supposedly of the final production model of the all-new Honda Civic over in China, photographed for official government filing purposes.

Three variants are shown in the photos, including an entry-level ‘kosong’ specification with smaller, plainer-looking wheels, as well as one that looks like a sports model, featuring blacked-out details and a “240 Turbo” badge.

Aside from the minor trim differences though, the rest of the car looks virtually identical to the “prototype” that was shown off in November of last year – from the headlights and tail lights, to the small Accord-like kink on the C-pillars.

There does seem to be a slight reprofile of the front upper grille area, possibly for safety regulation purposes, while the lower “air vents” on the front bumper have been filled out with housings for the front fog lamps.

No images were shared of the interior, but looking at how closely the supposedly production-ready model tracks to the concept, it’s pretty safe to assume that the interior architecture will also mirror the design as shown in the concept drawing below.

According to information shared alongside the photos, the 11th-generation Honda Civic will be offered with two powertrain configurations over in China – a 1.5-litre turbocharged engine making 180 hp and 240 Nm of torque (hence the 240 Turbo badge), and a naturally-aspirated 1.5-litre four-banger with 127 hp and 180 Nm of torque.

But of course, powertrain options are more often than not localised to the specific market, so we might not see the same ones being offered here when it’s launched in Malaysia. For now though, what do you think of the looks on the upcoming all-new Honda Civic? Let us know your thoughts in the comments section below!

[Editor’s note: These images are upscaled by us from low-res shots, using an AI upscaling software. The slight defects are a result of the upscaling process.]