Yes, we’re guilty of showing how cool the 488 GTE LEGO TECHNIC set was in our previous unboxing video last week – possibly leading to higher credit card debts for some – but it would be a sin not to share this one, the new Porsche 911 Turbo LEGO set!

The coolest part about this 2-in-1 LEGO set is that the pieces can either form a fixed roof 911 Turbo, or if you feel like it, an open-roofed 911 Targa! It’s even cooler and more feasible as a collector’s item than the life-sized 911 LEGO they built a couple of years ago!

On both the fixed and open-top 911s, the seats and dashboard are finished in dark orange and nougat, a colour based on upholstery options from the actuall Porsche 911. Other more intricate details include a handbrake, gear lever and functional steering. True to the 911’s versatile nature, the front seats can be tilted forward to get to the rear seats!

What’s even more realistic is that the 911 Targa’s roof (if you decide to build it over the fixed roof Turbo) can be stored underneath the hood of the car! Once remove, the iconic Targa bar (in Black) becomes more prominent.

“As we were designing the car, the hardest decision to make was whether we would make the Turbo or Targa variant of the car. It was such a tough call that we engineered the ability to build the LEGO Porsche 911 Turbo and Targa from a single set,” a representative of LEGO said.

Early birds of the 911 LEGO set will also receive a “certificate of ownership”, an official LEGO Porsche card wallet and a set of unique art prints based on Porsche 911 advertisements, in a smart collector’s wallet. It’s available in limited numbers for orders placed through the LEGO VIP loyalty program. Like your phone, you can now control Porsche’s new infotainment system with “Hey Porsche” 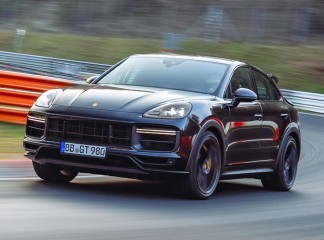