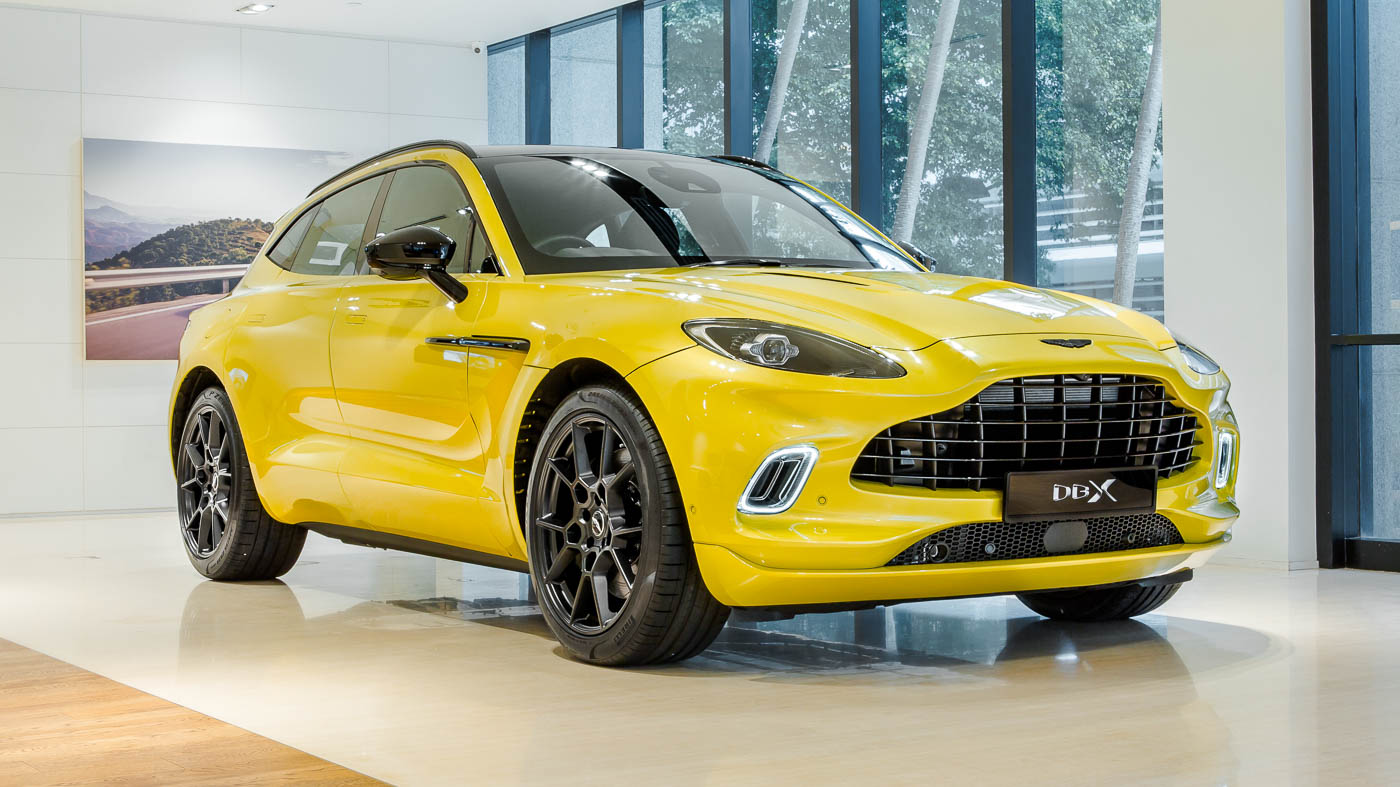 The Aston Martin DBX in the Intrepid Aura configuration is available in four bright exterior colours; this example here is finished in a reflective Yellow Tang paintjob, but it can also be optioned in Ceramic Blue, Stratus White or Lime Essence.

The bright paint is contrasted by the window surrounds, grille, roof rails, and mirror caps in gloss black – Aston Martin Kuala Lumpur says that this is designed to be evocative of “a late night ride through a sleepless city scene”.

Similarly, the rear lights have been given a smoked effect, along with the Satin Black finish on the 22-inch sport alloy wheels and the Aston Martin Wings & rear ordmark in Black Chrome to fully emphasise the effect.

Moving inside, the effect is once again seen on the upholstery, with Metallic Black Caithness Leather paired to a contrast stitching of the exterior colour. Everything else in the cabin of the Aston Martin DBX Intrepid Aura though, is darkness amplified.

These include the Dark Satin Chrome interior jewellery pack (also known as buttons and dials for the other carmakers), embroidered Aston Martin Wings logo on the seats, Black alcantara headlining, Obsidian Black carpets, and a Piano Black wood veneer finish on the dashboard.

Aside from these aesthetic options, no other changes have been made to the “sports car first, SUV second” Aston Martin DBX. Underneath the hood is the same Mercedes-AMG sourced 4.0 litre twin-turbocharged V8, tuned to make 550 hp and 700 Nm of torque.

Power is sent to all four wheels via a nine-speed automatic transmission and a fancy all-wheel drive system featuring an active central differential and an electronic rear limited-slip differential (eDiff). In terms of performance, the Aston Martin DBX completes the century sprint in 4.5 seconds, onward to a top speed of 291 km/h.

The Aston Martin DBX starts at a base price of RM818,000 before, taxes, duties, and all other associated costs. With the Intrepid Aura configuration, the price jumps upwards to RM958,000, again, without taxes and duties.