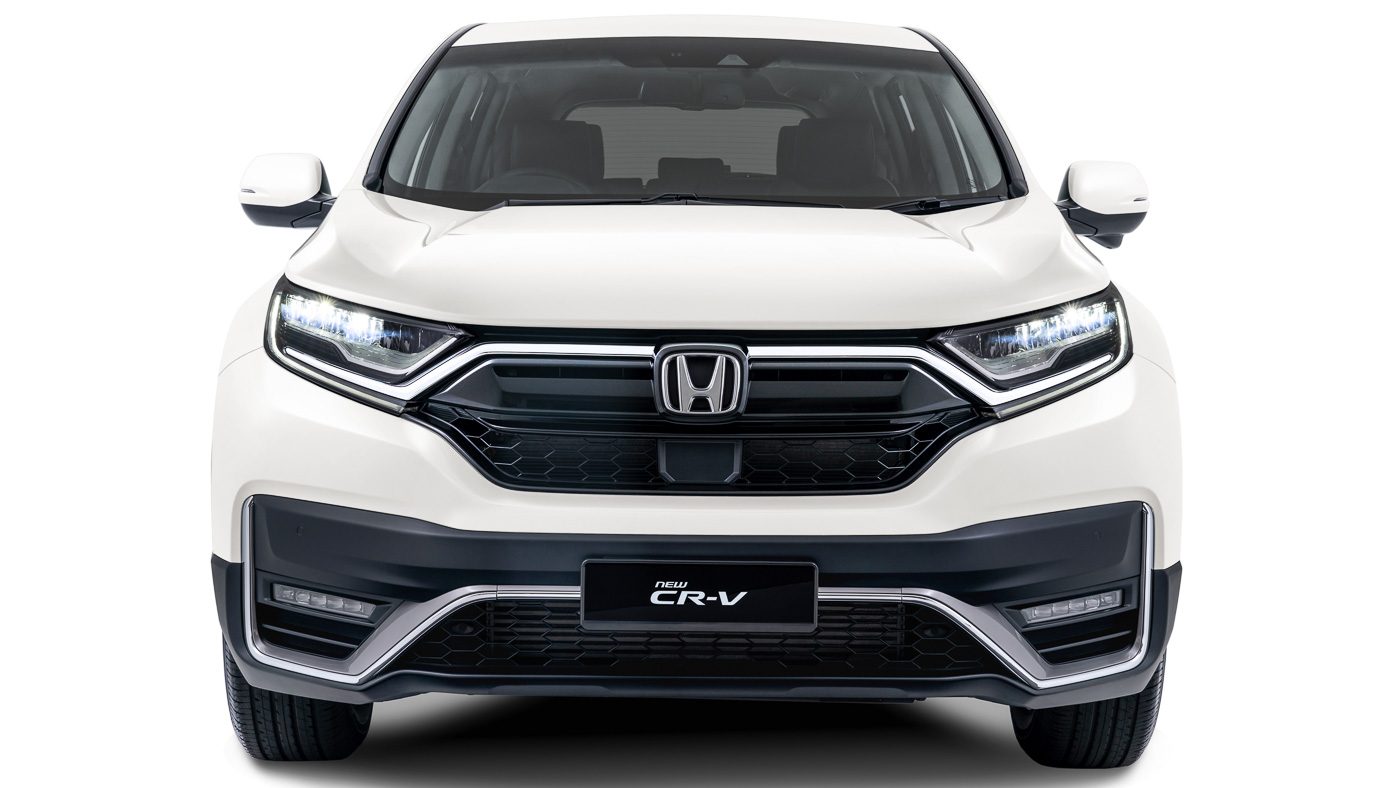 In addition to the hotly-anticipated all-new City, Honda Malaysia today announced that the 2020 CR-V facelift is also now open for booking, and will be launched locally within the next three months in 2020.

On the outside, cosmetic changes are fairly restrained. Based on the one single exterior image provided by Honda Malaysia, the CR-V facelift will feature a redesigned front bumper with a more prominent use of black plastics, accented by a chrome strip for a more understated and classier look.

Similar to the 2020 Honda Civic, the large chrome ornament on the grille has been replaced by a gloss-black panel, though the slim chrome strip which joins the headlights still remains as before. The 18-inch wheels on the top-of-the-range model has also been redesigned for a more conventional two-tone five twin-spoke design.

looking at the facelift model launched in Thailand, we can also expect to see a smoked taillights assembly and redesigned bumper at the back, while the turn indicators will feature sequential lighting patterns. On the inside, the 2020 Honda CR-V facelift will most likely feature an updated centre console with a Qi wireless charging pad, as well as memory function on the electrically-adjustable driver seats – a new feature that is also added to the all-new Honda Accord.

Other equipment that have been confirmed by Honda Malaysia include a new powered tailgate with foot sensor, Honda LaneWatch camera that is now standard equipment on all variants, as well as the full suite of Honda Sensing advanced driver assistance system.

The range-topping variant (or variants) will continue to be powered by the 1.5-litre VTEC turbocharged four-cylinder engine, mated to a CVT gearbox to send 193 hp and 243 Nm of torque to the wheels. Although from the press release, it is unclear if the naturally-aspirated 2.0-litre mill on the base model will continue to be featured on the 2020 Honda CR-V facelift.