Following the launch of the all-new G80 and the GV80, Genesis has now unveiled the 2020 mid-cycle update for the smallest model in its line-up, the G70, carrying over many of the mainstay design elements from its elder siblings.

The substantial redesign effort for the 2020 Genesis facelift encircles around the brand’s “athletic elegance” design philosophy. While there’s nothing new that we haven’t seen before on the brand’s other models, we think that the updated G70 is the best iteration of the new design language thus far thanks to its sporty stature, and we’re totally here for it.

At the front, the 2020 Genesis G70 features a large crest grille that is rounder at the top than its stablemates, and is flanked by new two-tiered Quad Lamps headlights – the whole front designed to resemble the looks of the Genesis soaring wings logo.

The “athletic” redesign continues onto the side profile, where the larger air vents from before have been replaced by smaller and more efficient “air extractors”, placed lower and closer to the front wheels. Otherwise, the prominent character line is unchanged from before.

At the rear, the taillights have also been updated to a new two-tiered design that mirrors the front-end, while the entire boot lid have been cleaned up, now only consisting of the Genesis brand script and the model badging. The number plate recess has been moved down onto the bumper, featuring mesh design elements and body-coloured diffusers, along with twin oval tailpipe exits.

Changes to the inside of the 2020 Genesis G70 are less flamboyant when compared to the exterior updates, with the main addition being the new 10.25-inch infotainment display on the dashboard.

Other interior changes include a simplified shortcut buttons panel underneath the central air-conditioning vents in conjunction with the updated infotainment system, as well as a wireless charging pad that is now oriented horizontally to accommodate more device sizes.

Genesis did not divulge any details on the powertrain under the hood, but Car and Driver reports that the 2020 G70 facelift will feature the same 304 hp 2.5-liter turbocharged inline-four engine as found on the G80 sedan and GV80 SUV, replacing the previous 2.0-litre turbocharged mill.

Additionally, the new C-Class and 3 Series rival could also see the addition of the larger 3.5-litre turbocharged V6 engine, also found on the aforementioned two models, capable of making 380 hp and 530 Nm of torque. Both engines will be paired to an eight-speed automatic gearbox as standard, with options for rear- or all-wheel drive.

The updated Genesis G70 will go on sale in Korea starting from next month. 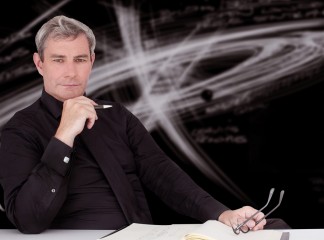 All-new Genesis G80 – nothing shouts luxury like a massive grille Watch out BMW, the Genesis G70 is here to challenge your 3 Series