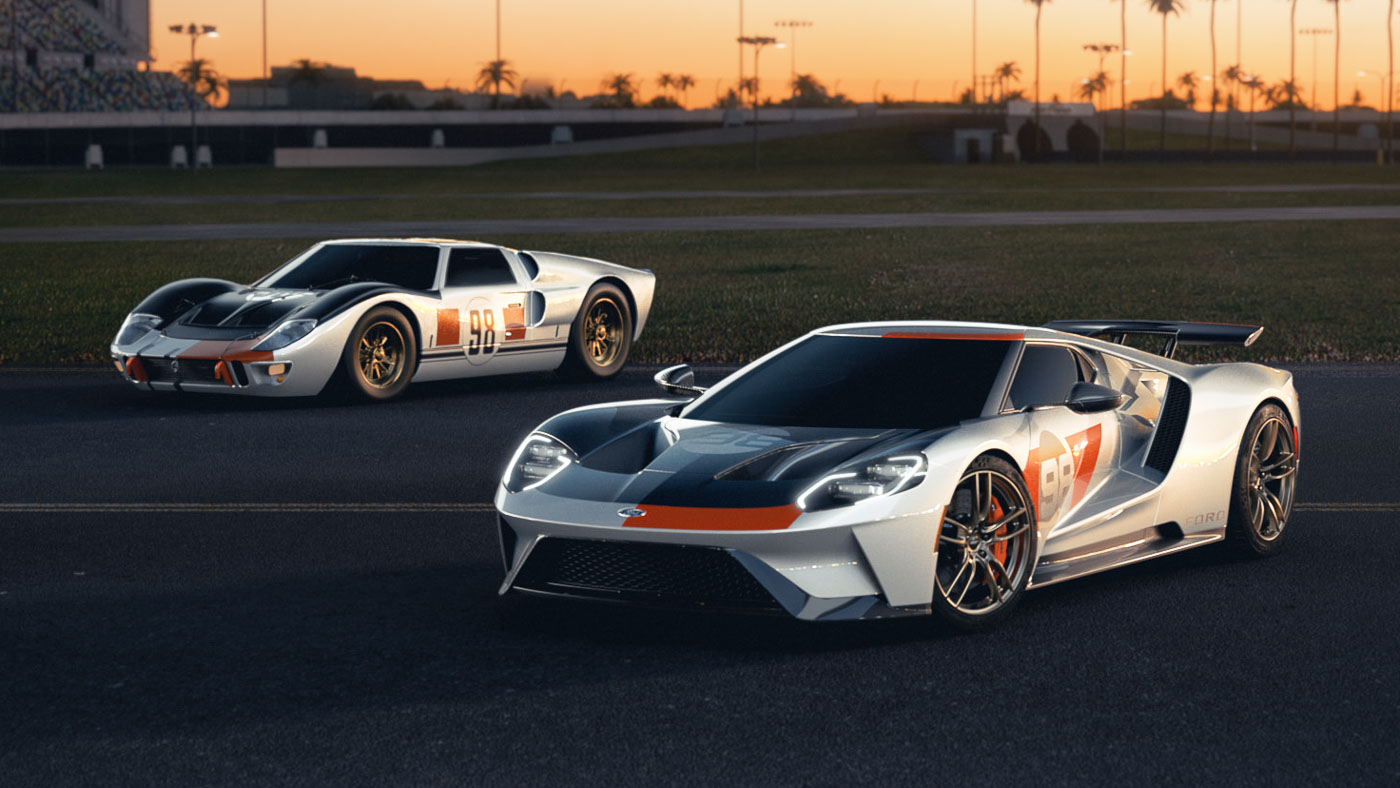 You might have heard of a certain Ken Miles person, possibly thanks to the recent Ford vs Ferrari movie. If so, you would have also known about the historic 1966 Le Mans race that Miles should have won but did not.

While we concede that it serves as a fantastic plot device and climax point in the movie and a great story in general, it also meant that the other momentous moment for Miles and the Ford GT40 – the first 24-hour endurance win at the 1966 Daytona which was also featured in the same film, was often forgotten. Yes, where Shelby held up the “7000+ GO LIKE HELL” sign.

To bring justice and tribute to Ken Miles and his incredible feat in the GT40 Mk. II, Ford has now unveiled the latest Heritage Edition of its storied Ford GT supercar inspired by the 1966 Daytona 24 Hour Continental, making it the first Heritage Edition to feature liveries not from a Le Mans race.

Ford GT programme manager, Mike Severson said, “For this Heritage Edition, the Ford Performance team went deeper into the Ford GT’s race history and crafted a limited-edition model that stylistically honors the 55th anniversary of the Daytona 24 Hour endurance race that would eventually lead to our successes at Le Mans.”

Just to jog your memory a little, Ken Miles and co-driver Lloyd Ruby led nearly every lap of the 1966 24-hour race with the number 98 Ford GT40, outpacing the competition by 30 miles (48.3 km) by the chequered flag and led a 1-2-3-5 Ford domination at Daytona.

The win kicked-started the magical season for the Ford GT40 Mk. II, winning 1-2-3 at the Sebring 12-hour and the now-iconic Le Mans 24 Hour.

Mimicking the white, black and red exterior of the 1966 endurance-winning car, the new Ford GT Heritage Edition features a Frozen White exterior colour, contrasted by exposed carbon fibre on the bonnet, as well as asymmetrical Race Red accents on the front fascia, roof edge, driver’s side door, and underneath the rear wing.