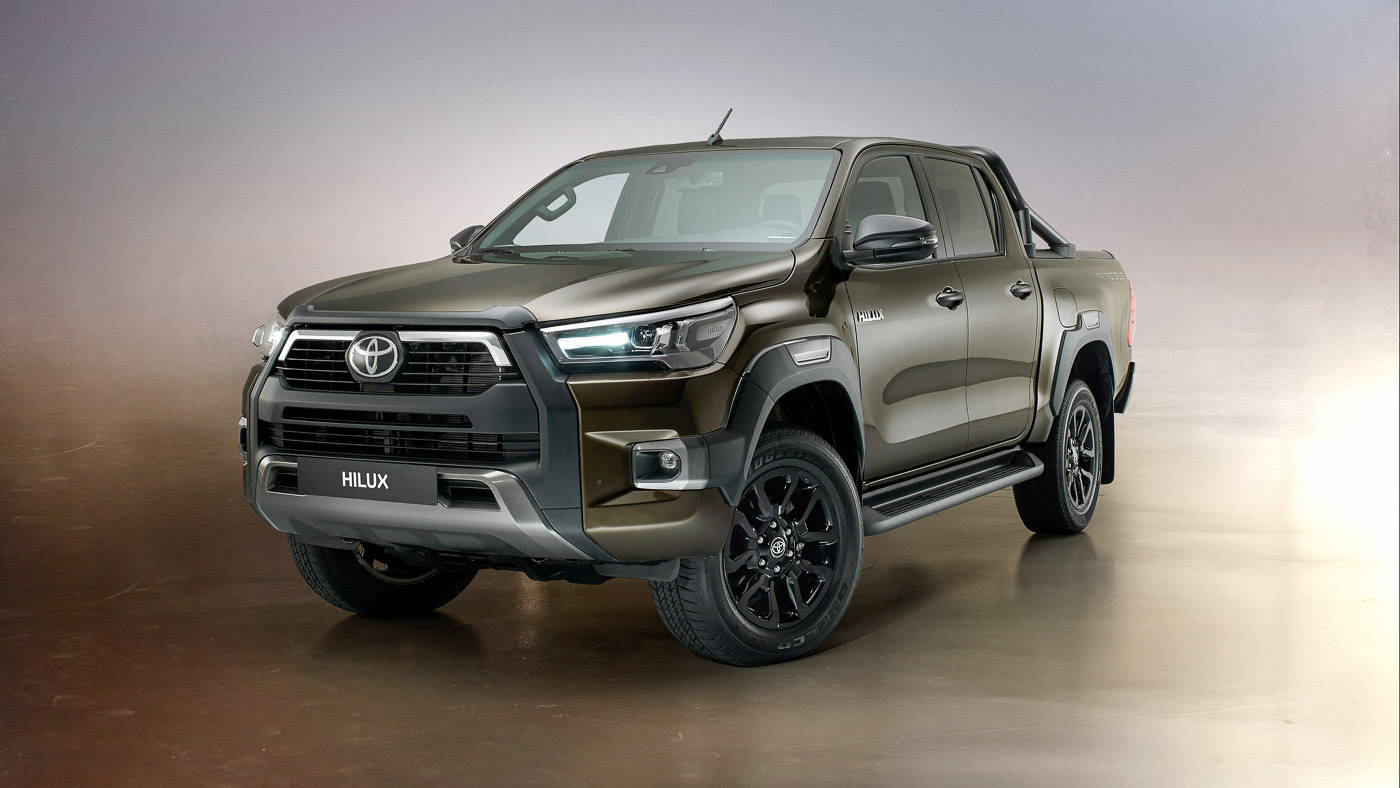 Toyota has given the venerable Hilux pick-up truck a new facelift, including significant updates to the styling, drivetrain, and chassis, to ward off stiffer competition.

On the exterior styling, the new Hilux gets an enlarged hexagonal grille, surrounded by a much thicker chrome trim to emphasise its three-dimensional appearance. On higher-end variants, the surrounding trim piece extends downwards, dominating the entire front fascia, giving the pick-up truck a tougher appearance and increased road presence.

The new Toyota Hilux also gets a redesigned slimmer headlights, and depending on variant, features Bi-Beam LED illumination and LED daytime running lights. Meanwhile at the back, the redesigned LED taillights take on a new angular LED light signature. The pick-up truck rides on 17- or 18-inch alloys depending on the variant.

The updates made to the interior are less obvious, with the dashboard architecture still pretty much identical to when the model first launched in 2015. The analogue instrument cluster has been slightly redesigned featuring a 4.2-inch multi-info display, and depending on the trim level, you now get a new eight-inch touchscreen infotainment display with Apple CarPlay and Android Auto support.

Underneath the hood, the 2.8-litre turbodiesel mill has been given a significant power bump, now producing 204 hp and 500 Nm of torque (up from 177 hp and 450 Nm). As a result, Toyota claims that the Hilux will now reach 100 km/h from a standstill in just 10 seconds flat, while also returning an average fuel consumption of 7.8 l/100km.

In other markets, the updated Hilux is also with the existing 2.4-litre turbodiesel, producing 150 hp and 400 Nm of twist. All engines are paired to a six-speed automatic or manual gearbox.

On the chassis, Toyota has fitted the new Hilux with a revised suspension set-up – retuned shock absorbers and leaf spring structure – to improve comfort on the road. Despite the plusher ride, the pick-up truck’s hauling capabilities have been improved – all 4×4 now have a one tonne payload and a 3.5 tonne towing capacity; the 4×2 variants gets bumped to 300 kg and 2.8 tonnes respectively.