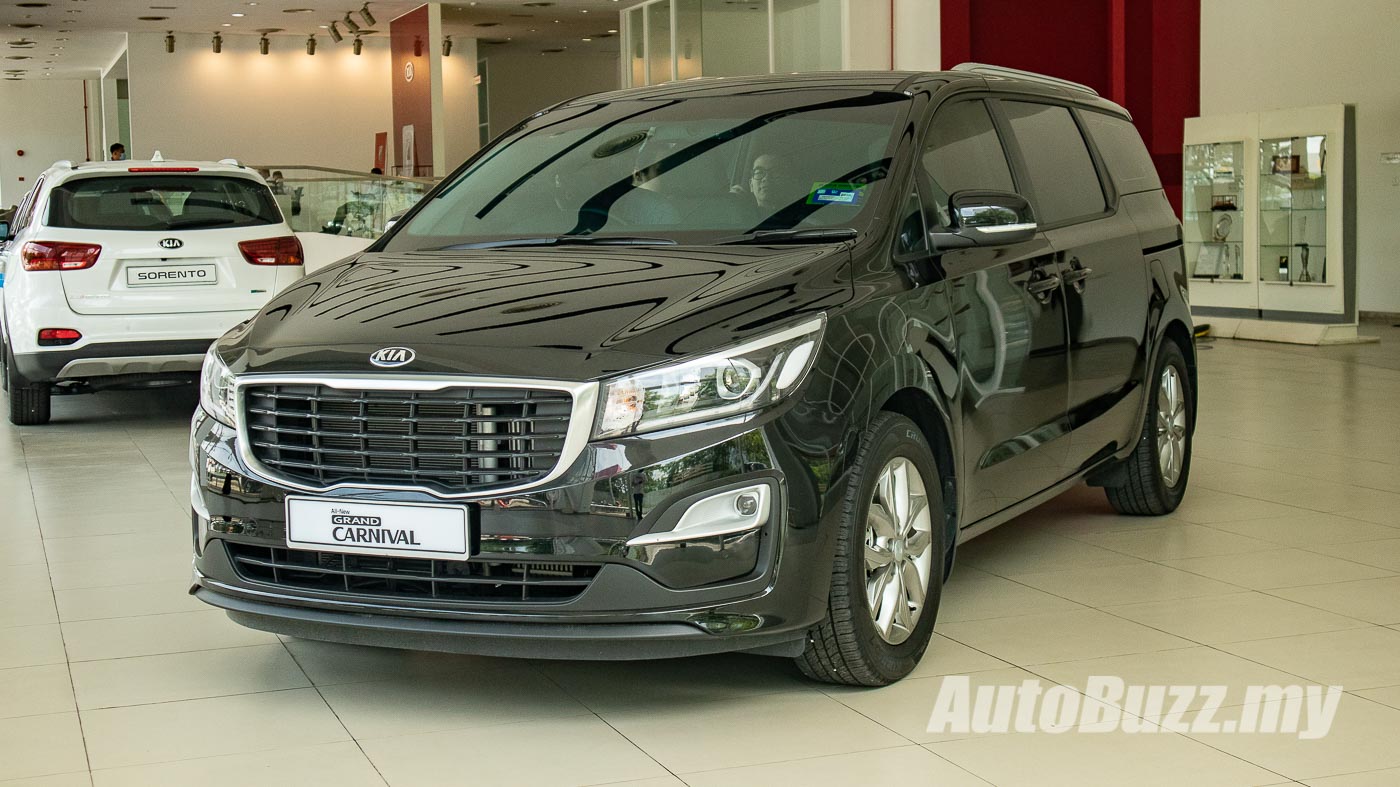 Priced at RM179,888, the new Carnival will only be available in a single variant that’s powered by a 2.2-litre turbo diesel engine, paired to an 8-speed automatic making 200 hp and 440 Nm.

As for the exterior, instead of the LED headlights and fog lamps previously available in the SX variant, this one comes with halogen projectors and fog lamps instead. The 18-inch alloy wheel design has been retained, with Kia adding a roof rack on the Grand Carnival. Unlike the SX variant from before, you will now have to open the tailgate manually.

The biggest change lies within the cabin as the new Carnival can now accommodate up to 11 passengers although frankly speaking, it could be a bit of a squeeze at full load. No matter; because the seating arrangement is rather versatile.

It can be a six seater, with all the centre seats folded, creating an aisle to access the 3rd and 4th row seats. It can also be a seven or 8- seater, if needed.

Also another notable difference in the cabin compared to the previous model is the instrument cluster, with analog dials replacing the previous coloured dials. Otherwise, it’s still rather generous when it comes to features. You get four USB ports, a reverse camera, an ioniser, six speakers, Bluetooth connectivity, Apple CarPlay, Android Auto, 3-zone air condition and electric sliding doors on both sides.

As for safety, the Carnival gets six airbags, hill start assist and four ISOFIX points. Another thing we noted was that the middles seats from the 2nd to 4th row only come with lap belts.