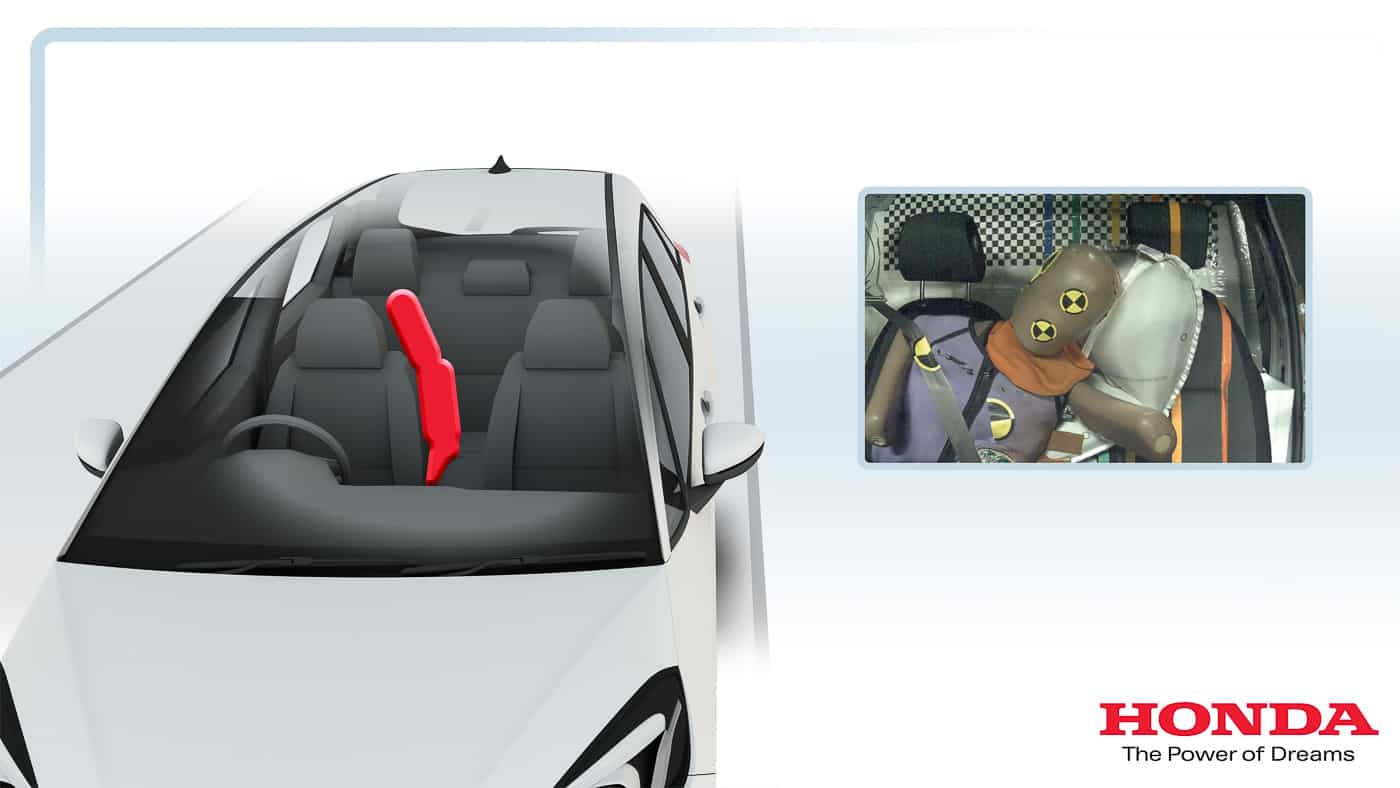 While it’s uncertain when the all-new Jazz, officially revealed at last year’s Tokyo Motor Show, would be available in Malaysia, Honda has definitely intrigued us with the new hatchback’s airbag technology.

The new airbag is fitted at the back of the driver seat and expands into the space between the driver and the passenger – around the arm rest area – and it’s only one of 10 airbag units available in the new Jazz. At present, the highest variant Jazz in Malaysia offers six airbags – in the 1.5 V variant.

The new airbag works in tandem with the seat belt pre-tensioners and the centre arm rest, which has been raised, to reduce lateral occupant movement. As a result, Honda says the new approach can reduce head injury for near-side passenger by 85% and by 98% for the far-side passenger according to their internal testing.

Also new to the Jazz is the rear seat i-side airbag, a double-structure airbag installed in the rear seat pad to protect rear occupants in the event of collisions against the hatchback’s rear door or C-pillar. The new Jazz also gets a driver’s knee airbag to reduce the impact on the lower limbs while increasing occupant protection for the head and chest by restricting forward movement of the body – a feature even the new Accord launched in Malaysia doesn’t have.

“Occupant safety is of the utmost importance for our designers when we develop a new car. We completely redesigned the latest generation Jazz from the ground up, which meant that we were able to incorporate new advanced structural technologies and the latest passive safety features to provide exceptional protection from all kinds of accidents,” said Honda Large Project Leader, Takeki Tanaka.