Home News What’s the Buzz: How Malaysians behave on the road these days 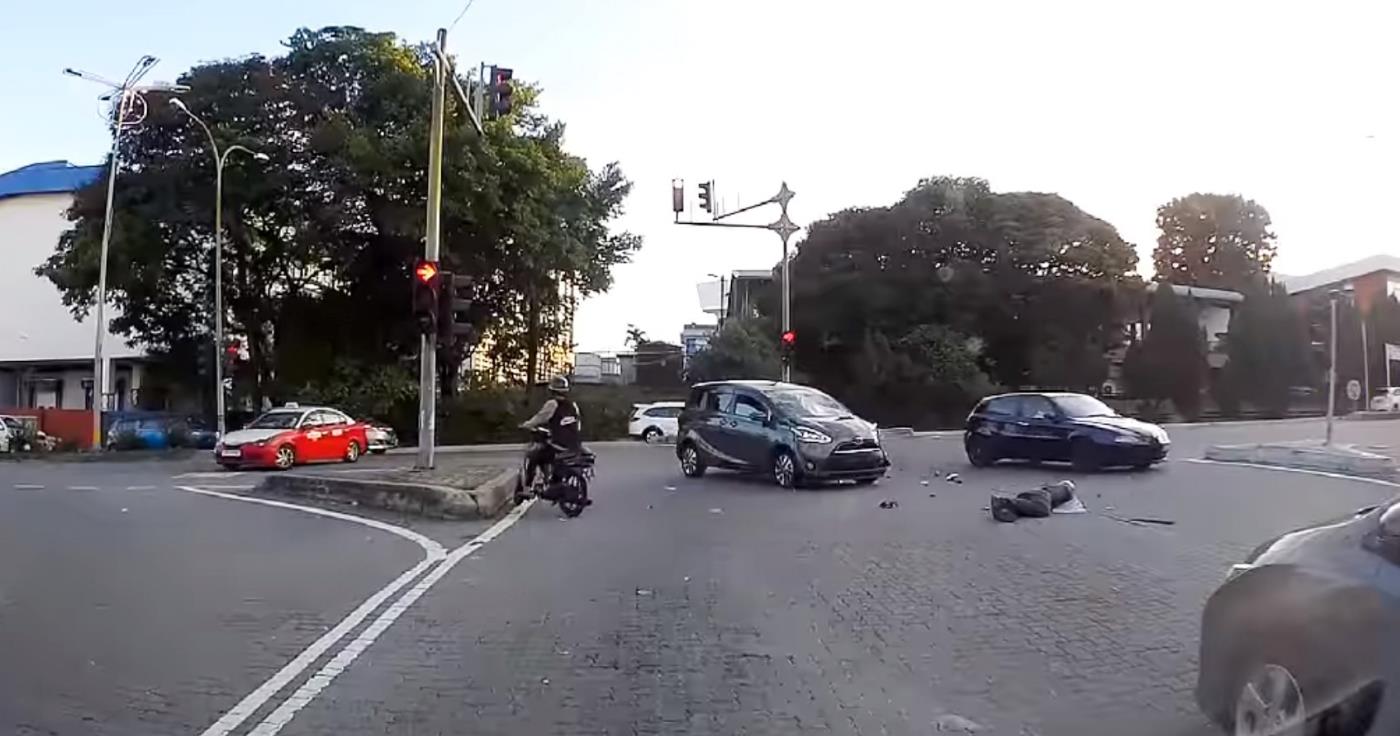 A shocking dashcam footage has emerged on social media on yet another incident of a motorcyclist running a red light and smashing into a car. Let’s not call it an accident anymore since it’s clearly a (mis)calculated attempt to beat the law.

But before lay down scorn on all the motorcyclists of this world, bear in mind that a dark-coloured Perodua Viva and one other motorcyclist also dashed across the busy Jalan Semangat (now called Jalan Prof. Khoo Kay Kim) junction after the lights have clearly turned red. Prior to that, a silver Toyota Vios just made the junction on ‘yellow’, which is actually the signal to slow down by the way.

We aren’t sure of the fate of the motorcyclist as the footage ended with him writhing on the ground (at least there’s movement) as the unfortunate driver of the Toyota Sienta alighted to check on him. The only positive, if there is even one, is that the journey to the nearest hospital (along Jalan Universiti) is a short one.

We have no idea why Malaysian motorists (yes, drivers and riders) have become so brazen on our roads. According to a Bloomberg report in 2017, we are ranked third in the world for the highest death rate on the road. It is probably worse now.

Some say it’s the lack of enforcement, others point to a lackadaisical attitude towards road safety. Whichever the case, it has gone beyond recklessness. If you are one of those who defy traffic lights and take unnecessary risks on the road for reasons known only to yourself, please consider the life-changing and life-ending consequences of being an idiot behind wheel. What’s the Buzz: Ops Selamat 15 and the deadly toll we all pay