Home News Only 399 souls will ever get to own the roofless, windscreen-less McLaren... 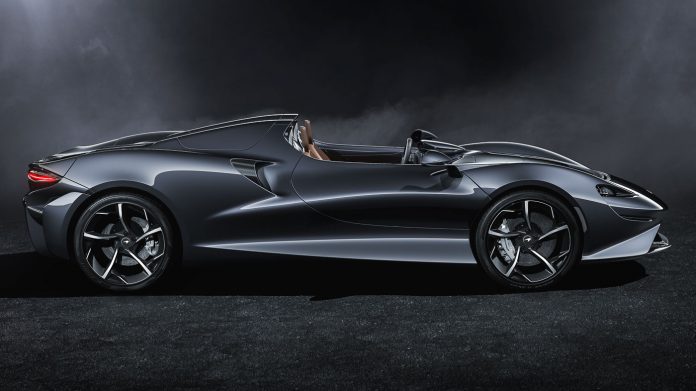 McLaren’s range of supercars are segmented into a few main series’. There’s the Sports Series, Super and Ultimate along with the recent addition of the GT series featuring the “softer” McLaren GT.

With the new 1.4 million pound McLaren Elva where only 399 will ever be made, there’s now a new arrival in the Ultimate series which is currently made up of the Speedtail, the Senna, the P1 and P1 GTR.

First of all, its name; the Elva stems from customer versions of race cars designed by the late founder Bruce McLaren – the McLaren-Elva M1A of the 1960s.

The roofless, open-cockpit two-seater with a carbon fibre chassis and body, is without a windscreen and side windows (although these can be spec-ed) – making it the lightest road car produced by McLaren Automotive although its exact weight figures have yet to be determined by the Woking-based supercar maker.

The lack of a windscreen has prompted McLaren to innovate the world’s first Active Air Management System which essentially channels air over the cockpit which in McLaren’s own words, is to create a “bubble of calm” for the passengers. The AAMS also helps cool the radiators when inactive.

Like the Paganis and Koenigseggs, the Elva can be specified with exposed carbon fibre body panels. It can also be personalised with 18-carat white gold or platinum badges and 24-carat gold engine bay heat shields.