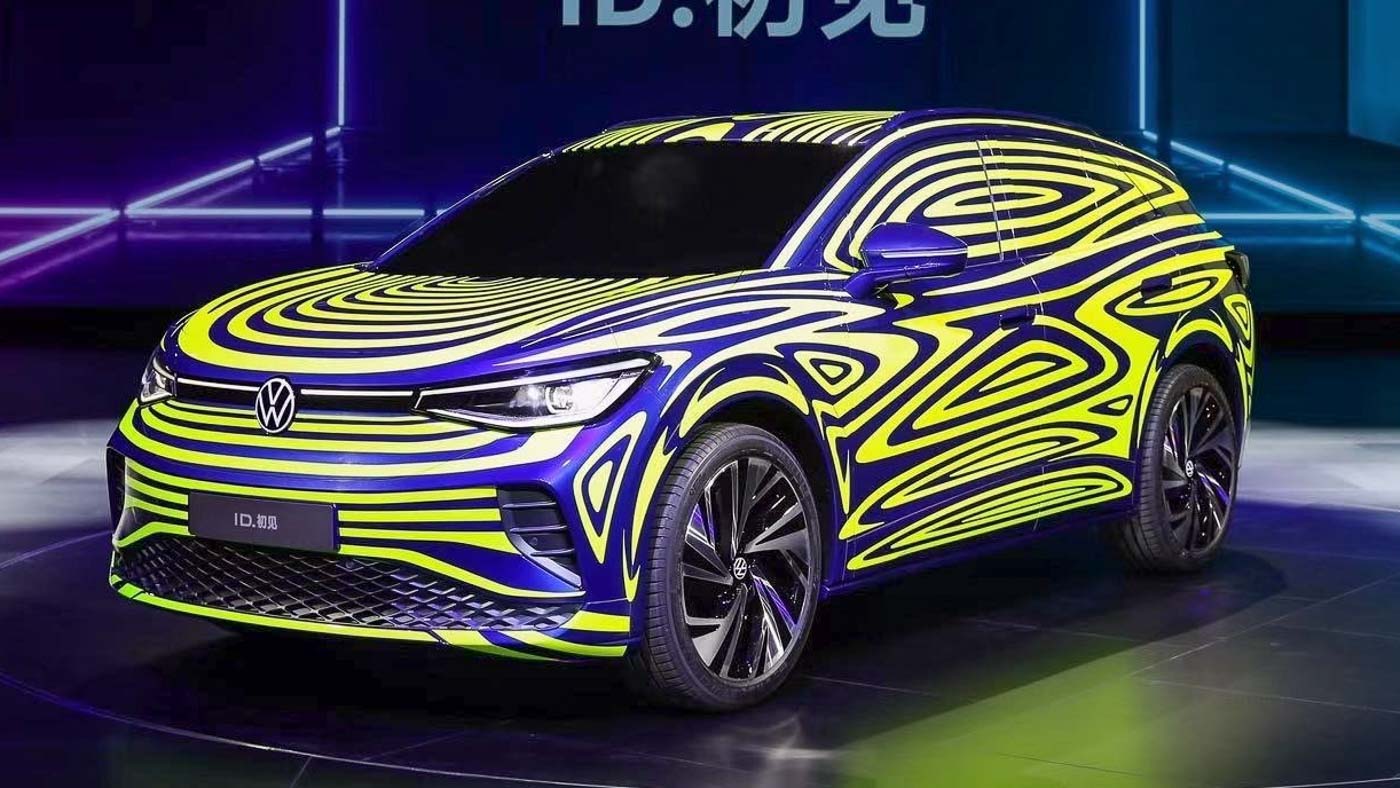 Right after the official unveiling of the ID.3, Volkswagen has reinforced their commitment in electrification by previewing the brand’s next fully-electric car at the IAA Frankfurt Motor Show 2019.

The unnamed camouflaged prototype was placed in a darkened box with subpar lighting, making it hard to make out what’s hiding within. Fortunately, Volkswagen has now given us a clearer look at the upcoming electric SUV at their New Brand Design presentation at Guangzhou.

The striped camouflage manages to hide its finer details, but the proportions certainly suggests that it is somewhat based on the ID.Crozz concept.

The high-riding body and low-slung roofline design certainly seems to be borrowed from the concept, but the prototype appears to be less curvy and sloped, presumably for practicality purposes.

Volkswagen’s new electric SUV is expected to be called the ID.4 globally, although the German marque has named the prototype on display “ID.Next” in Chinese.

The new zero-emissions SUV will be Volkswagen’s first electric model in China based on the MEB platform. The car will be built locally in China starting from late 2020 at their new Anting plant, followed by the recently introduced ID.3.

The ID.4 together with the ID.3 are part of Volkswagen’s electrification plan for the Chinese region. By 2023, the german carmaker expects to introduce 10 battery electric vehicles (BEV) based on the MEB platform for the Chinese market.

The manufacturing plant was completely retrofitted for electromobility with an investment of 1.2 billion euros, making it the largest and most efficient electric car plant in Europe.