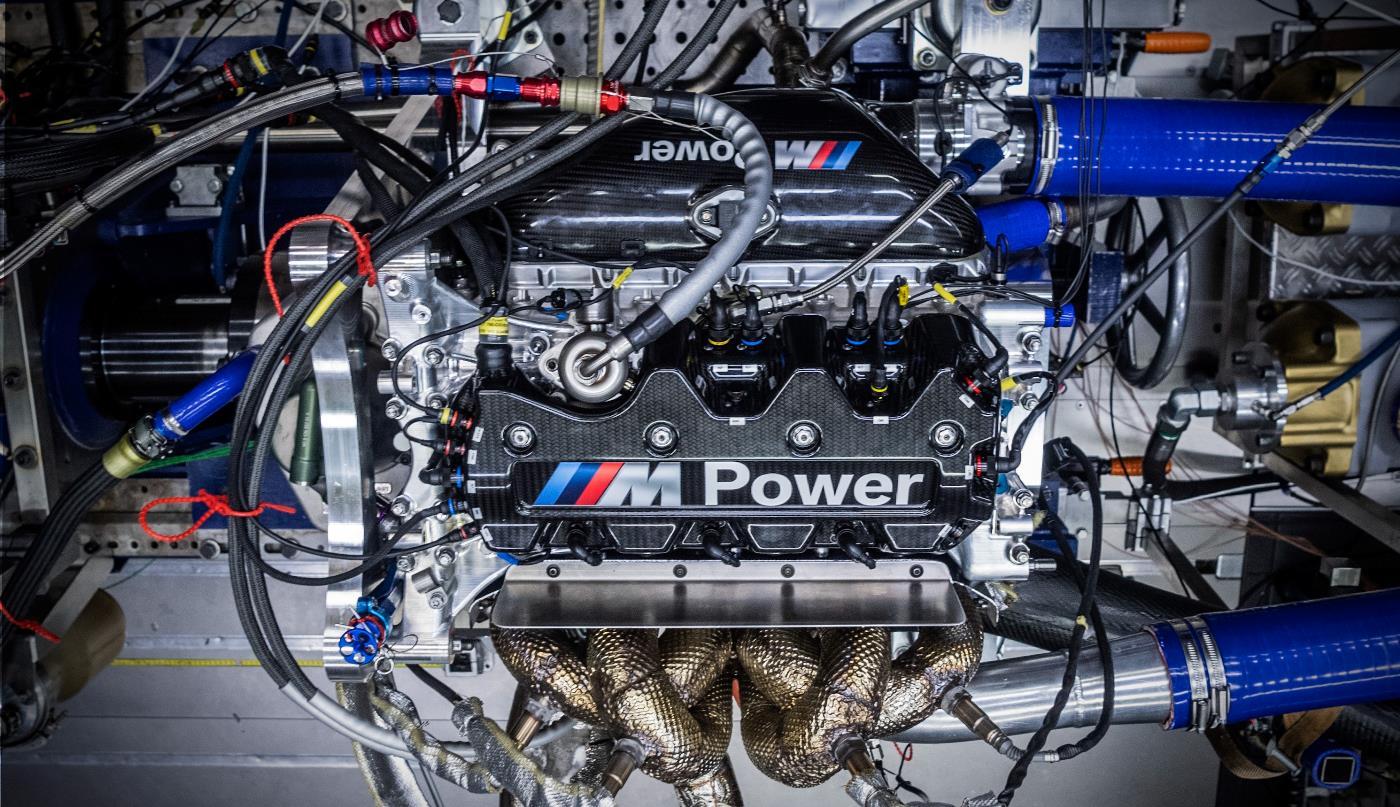 Hold your horses, 600 hp from a 2.0-litre four-pot isn’t coming to a BMW showroom near you yet, but for the boys running the BMW M4 at this season’s German DTM races, it is a tasty prospect to go racing with.

Some will no doubt miss the 4.0-litre V8s, but DTM’s new Class 1 regulations will see the weight of the car reduced along with modified aerodynamics and the move towards turbocharging, so a new four-cylinder engine had to be developed from ground up.

One of the targets of the P48 was to achieve good efficiency as the regulations limit fuel flow, but also to be durable with a service life of 6,000 km as only ‘one and a half’ engines may be used over the course of the season. The 2019 rules also introduce a Push-to-Pass system whereby an increase fuel flow of 5kg/h can be summoned by the driver for a duration of five seconds, equivalent to a momentary power increase of 30 hp, handy for passing.

The 1,999cc BMW P48 R4 turbo engine features direct fuel injection and is rev-limited to 9,500 rpm, yet it tips the scales at only 85kg. Engine block and head are made of cast aluminium while the crankshaft and camshaft are steel items; the construction isn’t too dissimilar from a production 2.0-litre Twin Power Turbo four-pot found under the bonnet of a mainstream BMW model, only that the P48 has more than double the horses.

Woon - Apr 6, 2020 2:46 pm
While we all stay at home to help #FlattenTheCurve in our fight against the Covid-19 pandemic, most of our cars' aftersales needs are put on hold due to the temporary closure of...
Read more